In 2005, when PHWFF consisted of just one program at the Walter Reed Army Medical Center, Greenville’s local businesses, Maine guides and private citizens hosted three combat wounded soldiers from Walter Reed for three days of fly fishing and much needed time away from the hospital. This event, PHWFF’s first-ever trip away from the Washington area was organized and led by Legere and Hamer, who have continued to organize the event ever since .  The July 2016 event marked the eleventh year for what has become PHWFFs most enduring outing. The ceremony was well attended by the many businesses and individuals who have contributed to the Greenville outings over the years. Also present were PHWFF board members Gregory Johnson, Cleve Van Haasteren, New England Regional Coordinator George Draper, American Legion Maine state commander and Post 94 commander, Pete Johnson.

The Patriot Award is Project Healing Waters Fly Fishing’s (PHWFF) highest and most prestigious award.  It is bestowed upon individuals or organizations that have demonstrated, over time, continuous and extraordinary service to PHWFF as an organization, and to those whom the organization serves.  The recognition may encompass different types of support – from personal commitment to our mission or beyond that which would normally be expected, to material support in the form of donations, whether in money, or in kind, that are truly significant.  The underlying premise is that the Patriot Award is given only to those who have demonstrated care and concern about our disabled PHWFF participants, military and veteran alike, that far exceeds what would normally be expected from our committed volunteers and supporters. 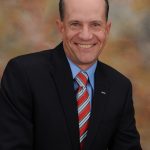