Larry Braswell was born in 1959 in Zweibruken Germany where his father was stationed while serving in the Air Force.  He is the oldest of 6 children and graduated from Bowie High School in Bowie, MD in 1978.

Larry recently retired from the Fairfax County Fire and Rescue Department after 28 years of service and before that he worked at Ft. Belvoir in the fire department for 4 years. He has been happily married to his wife Ellen for 37 years and they have 4 great children (3 sons and a daughter) and 2 beautiful granddaughters.

Larry first became involved with the PHWFF as a volunteer with the La Plata, MD program in February of 2018. Shortly thereafter, he became the Program Lead. His passion for the cause is remarkable and he said, “I’m looking to help veterans create lasting memories as they continue to heal.”

Larry has since become the Regional Coordinator for the PHWFF National Capital Region in-addition to his duties as the National Programs Director at PHWFF Headquarters.

In his own words, “Though I am not a veteran, PHWFF allows me to give back to the men and women who have served our country and who have sacrificed so much.” 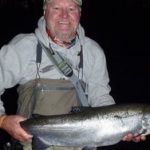 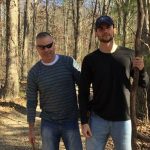