Todd is a U.S. Marine Corps veteran and infantry officer with 31 years of service to our Nation.  A native of Auburn, Maine, he enlisted in the Marine Corps in 1985 and attained the rank of Sergeant before becoming an infantry officer in 1991.  He commanded at each rank and most recently served as the Commanding Officer, The Basic School from 2012 to 2014. He also served as the Commanding Officer, 3rd Battalion, 2nd Marines from 2005 to 2007 – deploying the Battalion to Iraq in 2006-2007, where they conducted counter-insurgency operations in Ramadi and Fallujah. Previously, he served as the Executive Officer for 3rd Battalion, 5th Marines – deploying in support of Operation Iraqi Freedom in 2004-2005.  During this deployment he fought in Operation Al FAJR in Fallujah, Iraq where he was wounded several times in close quarters combat with the enemy.  He is also a veteran of numerous other operations and 11 unit deployments overseas.  Todd was medically retired from the Marine Corps as a Colonel in 2016 due to complications from his combat wounds.

Todd is also the 1990 recipient of the Boston Semper Fidelis Society’s Leadership Award.  In June 2006, he received “an expression of sentiment” from the Maine State Legislature “for gallantry in action against the enemy of the United States.”  In 2007, he was recognized as the “Maine Hero” for the Department of Defense’s “50 Heroes of the 50 States” Program. He is the 2009 recipient of the Business Executives for National Security (BENS) Leadership Award.

Additionally, Todd began serving as on the Department of Defense’s Congressionally Directed Medical Research Program (CDMRP) in 2016; in 2017 as the PHWFF National Representative on the Veterans Affairs Voluntary Service National Advisory Committee (VAVS NAC); and – in 2019 – on the VAVS NAC Executive Committee and its Partnerships Subcommittee.  He also serves as the Secretary for VAVS Partnerships, Inc. Todd also began serving on the Board of Directors for Camp Corral, Inc. and as the Secretary for Katie Jane Rocks, Inc. in 2019. Todd is a member of the Association of Fundraising Professionals, Academy of United States Veterans, The Appalachian Mountain Club, and a lifetime member of Fly Fishers International, Disabled American Veterans, AMVETS, and The Military Order of the Purple Heart.  Todd also joined Outdoor Odyssey’s Advisory Board in December 2019.

Todd developed a love for fly fishing growing up in Maine chasing its abundant native brook trout and landlocked salmon in its numerous lakes and streams.  Todd reconnected with fly fishing after joining the Project Healing Waters’ Fly Fishing program at Fort Belvoir, Virginia upon the recommendation of his Vision Therapist in March 2015.  As a participant and volunteer, Todd recognized the remarkable physical and emotional transformation that the Project Healing Waters Fly Fishing Program initiated for him and for his fellow male and female participants and he decided that he wanted to join its exceptional team after his medical retirement from the military in 2016. 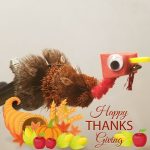 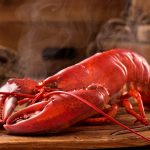