David Folkerts is originally from the state of Nebraska where he grew up on a 400 acre corn and soybean farm near the town of York.   David’s youth consisted of working a lot on the farm for his dad and enjoying the small town country life.  His love of fishing started at an early age where he spent many days during the summer down at a creek that went through his dad’s pasture land where he would catch Bullheads and Carp.

David is a 1999 high school graduate of Heartland Community Schools (Nebraska) and a 2004 college graduate of Wayne State College (Nebraska) where he majored in Industrial Technology Education.  He enjoyed playing multiple sports in high school and college which included football, basketball, rugby, and track and field.

David first joined the Army in 1999 with the Nebraska Army National Guard. He remained a guardsman through his time as an ROTC cadet. He was commissioned as a 2LT in the Army Corps of Engineers after college graduation.  Upon entering the US Army on active duty in May of 2004, David was first sent to Engineer Officer Basic Course in Ft. Leonard Wood, MO.  He then earned his Army Ranger tab by completing the prestigious Army Ranger School in Ft. Benning, GA. His first duty assignment was with the 70th Engineer Battalion, 1st Armor Division at Ft. Riley, Kansas.  In March of 2005 David was deployed to Taji, Iraq for Operation Iraqi Freedom. He was in country for only a short period of time before he was severely wounded by a bomb blast from an Improvised Explosive Device (IED) on April 22, 2005.  He was immediately medevaced to US military medical facilities in Baghdad where he underwent emergency surgery to save his left arm.  He was then medically evacuated to Walter Reed Army Medical Center in Washington DC where he spent the remainder of his recovery.

While an outpatient at Walter Reed David learned about Project Healing Waters Fly Fishing (PHWFF) and quickly got involved in the program.  It did not take long for him to fall in love with fly fishing and the PHWFF program. It was the best therapy that he could ask for and it helped him immensely throughout his recovery process.  After enjoying the benefits of the program David soon became involved also as a volunteer and helped recruit other wounded service members into the PHWFF program.

David was medically retired from the Army on Jan. 28, 2008. Several months later he was offered a job as the 2nd full time hire to the PHWFF staff.  It was an amazing opportunity that he could not pass up.  David started working full time for PHWFF in May of 2008. He has watched the organization start at Walter Reed and grow to being nationwide and serving over 6,500 disabled vets a year.  He is very excited about the future of PHWFF and all the opportunities it will provide to positively affect the lives of recovering warriors, disabled vets and their families.  David currently lives in Frederick, MD with his wife Lindsay and their son Jackson.

David has been given multiple opportunities to share with others the healing power of PHWFF and impact the organization has on it’s disabled veteran participants to include the following: 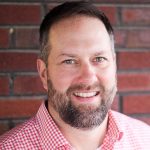 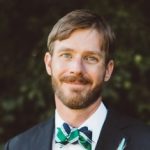