David Inbody is the Regional Coordinator for the South Central Region for Project Healing Waters Fly Fishing.  In 2004 David Inbody entered the Texas Army National Guard and attended Basic training at Ft. Sill, Oklahoma. David then went on to Officer Candidate School and upon graduation was commissioned as an Infantry Officer assigned to the 1 st Squadron – 112 th Cavalry Regiment, in Bryan, Texas. During his career David worked in several positions within the Squadron including Scout Platoon Leader, Plans Officer, and Supply Officer.

Recognizing David’s background in Agriculture, the Texas Army National Guard assigned David to an Agricultural Development Team that deployed to Ghazni Province, Afghanistan in December 2009. While in Ghazni the team worked to improve agricultural techniques and raise the general knowledge of modern agriculture in the province. David was injured by an IED, improvised explosive device, while on a combat patrol in Afghanistan in July 2010. David has recovered and is medically retired and living in College Station with his wife, Tiffany, and three children, Daniel, Morgan, and Matthew. 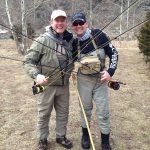 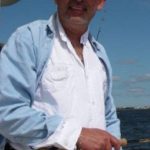