In 1984, I enlisted in the United States Army after graduating from Lewis D. Brandeis High School in New York City. July of 84, I was shipped out to Fort Benning, Ga for basic training. My primary MOS was 11H. This means Heavy Anti-Armor Weapons Crewman. Shortly after graduating from boot camp, I was assigned to the 7th Army located in Towers Barracks, Germany.

In 1991. I reenlisted back in the Army and was assigned to 101st Airborne Company A 1/502nd 1/CBT Air Assault out of Fort Campbell, Kentucky. In 1992, I was deployed to Saudi Arabia for Operation Desert Shield and followed by the Operation Desert Storm. After my return from Saudi Arabia, in 1993. I get married to my high school sweetheart. In 1999 I enlisted with the Army National Guard of NY and assigned to Combat Support Company 1st/69TH INFANTRY. On September 11, 2001, my unit was mobilized for Operation Noble Eagle to ground zero in response to the World Trade Center terrorist attacks. On November of 2001 I was shipped out to West Point, NY (USMA) for Operation Noble Eagle and assigned to HQ 1st Battalion 1st Infantry as a MP (Military Police). After my duty at West Point NY in 2003 I was informed that I was shipping out to Iraq for OEF and OIF. This stands for “Operation Enduring Freedom.” In 2006 I retired from the United States Army as a E6 Staff Sergeant

In 2018 I joined PHWFF Bronx Program as a participant with no experience in Fly Fishing. After a couple of fly casting and fly fishing outings, I began to enjoy the program more and more. A few months in the program I was nominated to attend a trip to Freedom Ranch in Wise River, Montana. Prior to my trip to Montana, I was in bad shape mentally. I didn’t know what to expect, so once I arrived in Montana I met up with other veterans. not knowing who or what I may experience. I said to myself:  “I’ve been in a worse place before.” It turned out to be one of the best times of my life to attend this special trip and meet new veterans.  I was treated like a king with open arms. On my return from Freedom Ranch, I was asked to be the APL (Assistant Program Lead) for the Bronx Program. I knew it would be a good opportunity because, it enabled me to give back to PHWFF and to the Veterans in the Bronx.  A year later I took the position of Program Lead and I have since become the Regional Coordinator for the New York region. 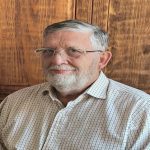 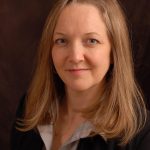