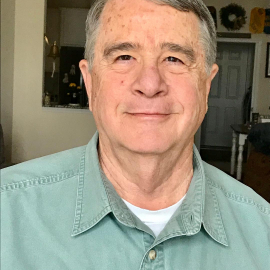 After graduating from Temple University in 1969 with a B.S. in Journalism, Jim received his commission in the U.S. Army and served on active duty until he retired in 1994. He served in intelligence assignments in the continental U.S. and overseas in Vietnam, Germany, and Hawaii. Also, he received an M.A. in History from Temple University in 1981, and spent two tours teaching military history at the U.S. Military Academy at West Point.

Following his retirement from the Army, he spent his second career in non-profit association management and fundraising until retiring in 2018. He was executive director of two outdoor-related organizations: the Outdoor Writers Association of America and the Federation of Fly Fishers (now Fly Fishers International). He worked as a fundraiser at the U.S. Military Academy; the University of South Alabama; the Army Heritage Center Foundation; and Dickinson College.