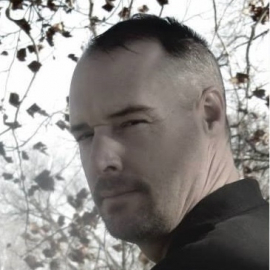 Matt was born December 14th , 1973 in Berkley California. He joined the Army in October 1996 in Denver Colorado and did basic and AIT in Ft. Leonard Wood Missouri as a Combat Engineer. Matt served 18 years, obtaining the rank of Staff Sergeant (E-6) and functioning as a squad leader in a Combat Engineer company. His first duty station was Schofield Barracks, Hawaii where He attended Air Assault School, Sapper Leadership Course and Primary Leadership Development Course now (called Warrior Development Course). His next duty station was in Heidelberg Germany with the 130 th Engineer Brigade where he served as a Squad Leader and the Counter Mine NCOIC for the Staff Engineer Section in V corps. After that Matt went to the 54th Engineer Battalion in Bamberg Germany where he served as a platoon Sargent.

Matt deployed with the 130th Engineer Brigade to support Operation Iraqi Freedom in September 2002 prior to the invasion and crossed into Iraq on the night of 20 March 2003. He served in a combat engineer role there for 9 months before injuring his back and returning back to Germany. In 2009, Matt had a major back surgery from injuries that he sustained while in Iraq to his back. This limited him on the things he enjoyed doing. Depression began to set in and his PTSD symptoms began to surface more and more. In late 2011 the Medical Review Board process on Matt. In early 2012, Matt had a major flash back from his tour in Iraq that landed him in the Topeka VA Hospital Psychiatric ward. Matt had been fighting PTSD, Depression, anger and alcohol problems for almost a decade when he entered into the Topeka VA for help. Once there he received the necessary treatment to start putting his life put back together. From the Topeka VA Matt went to the Leavenworth VA to await a spot in a course that deals specifically in PTSD at the Topeka VA. While at the Leavenworth VA, Matt was introduced to Project Healing Waters Fly Fishing and immediately realized that this was something he wanted to be involved with.

Project Healing Waters gave Matt hope and something to look forward to weekly, but best of all Project Healing Waters introduced a pastime into his life which he have uses to cope with the struggles of living with PTSD. PHWFF is something he loves being involved with, a hobby I share with my family, but it also helps him get out of the house and interact with others.

Over the course of two years, Matt went from participating and learning, to participant of the year, then to being the Program Lead for the Leavenworth VA. In 2014, then in 2015, Matt started a new PWHFF program at the Topeka VA hospital and ran this program until turning it over in early 2017. In March of 2018, Matt moved to Oregon to help his brother take care of his mom and sister and is now working with the Eugene, Oregon PHWFF program as the Community Outreach Coordinator. He is always looking for ways to improve himself though fly fishing, through the program, but most of all to help his fellow veterans fine the peace of mind that he has found all thanks to Project Healing Waters Fly Fishing. Matt has a favorite quote that reads below:

“A veteran is someone who at one point in his/her life wrote a blank check made payable to “the United States of America” for an amount of “up to and including his/her life”. That is Honor, and there are way too many people in this country who no longer understand it” – Unknown author