After graduating High School in Wisconsin, Sylvia moved to Florida with her parents and entered the Air Force in 1971. Her military training was as a Medical Laboratory Technician. Due to medical reasons, her time with the Air Force was short, but her desire to “give back” has only grown over the years. Later education included a year in horticulture at the University of Minnesota – Crookston, and a Bachelors Degree in Marketing & Distributive Education from the University of North Dakota.

Sylvia has worked in Adult Education, At Risk Youth, and also developed a two-year Marketing/Management program for Ft. Berthold Community College in North Dakota. Teaching, training, and recruiting in some capacity has been an integral part of every job over the course of her life. Sylvia has had numerous other volunteer experiences and skills including working with Hospice and co-facilitating Grief/Loss training in Dickinson, ND. She also spent many years studying, teaching and working with alternative healing energy modalities including Theta Healing, Reiki and Core Synchronism.

After heart surgery in 2014, it appeared the bottom had fallen out of Sylvia’s life. But, with the support of Veteran organizations in Coeur d’Alene, ID, everything was able to get back in balance. It was during that time that she was introduced to Project Healing Waters Fly Fishing. It had always been a “someday I want to learn . . .” to fly fish. But then, at a time when everything else in her life seemed so upside down, not only was Sylvia given the opportunity to learn to fly fish, but the chance to learn to tie flies and later to build her first fly rod.  From that moment forward, Sylvia found her avenue to “give back.” She then used her skills to help with administrative duties for the Spokane, WA, program for nearly three years. Much of that time was devoted to producing the monthly program newsletters, handling the data entry and quarterly program reports, and even standing in as Acting PL/APL as needed.

Project Healing Waters Fly Fishing has become a high priority for Sylvia. It helped her through some very low times, and now she is dedicated to being part of helping Project Healing Waters grow to help even more veterans. Sylvia has now been serving as RMNW DRC since December 2016, and most recently has been the lead on forming a new program in Coeur d’Alene, ID with the North Idaho Fly Casters.

“Though I am relatively new to fly fishing, I definitely see and believe in its therapeutic value.” 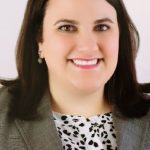 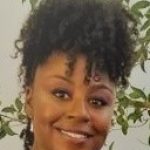