Join us in congratulating Foster Visuals for picking up 2 well-deserved wins at The Lucent Film Fest & Awards! Best Documentary for “Healing Waters,” a beautiful short film featuring our President and Founder, Ed Nicholson and Best Short Film for “San Diego Highwayman.” We are proud to have been involved and featured in “While I’m Here | The Legacy Project” series.

The Lucent Film Fest & Awards was held in San Antonio earlier this week.

The Lucent Film Fest & Awards are a celebration of independent storytellers. A time to honor those who have inspired, provoked and entertained as they continue to light the way for our industry. More so, we believe in Artists Supporting Artists and creating a platform for these artists to not only show work they have filmed throughout the year, but also promote education in the filmmaking industry. Our mission is to support the art of filmmaking and to present the best in independent videos in the nation.”

Thank you to Brent Foster and the entire team at Foster Visuals for creating these great films and CONGRATS on the well deserved recognition. 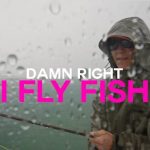