Freedom Ranch: A Destination of Healing

Words and Photos by Kent Chavet

“It is such a perfect setting for creating a destination of healing for disabled veterans.  I’m so honored to actually be here.”   That’s how one PHWFF veteran participant described the Freedom Ranch for Heroes near Wise River, Montana.   Located on the Big Hole River, and supported through the George and Betty Harbaugh Foundation, this fly fishing retreat was built to honor military service.  In 2018, with generous support of the foundation, Project Healing Waters Fly Fishing began sending eight disabled veterans at a time to this special location.  Each season, 160 disabled veterans have the opportunity to experience the therapeutic healing power of the surrounding waters through fly fishing.

Veteran participants, mostly from Colorado, were accompanied by second-time Trip Leader, Kent Chavet, for a memorable five days of epic fishing, storytelling, laughter, and lasting camaraderie all borne in a serene corner of southwest Montana.

After meeting Outing Coordinator, Montana Reynolds (yes, that’s his real name!) and having a tasty lunch at the Bar-3 BBQ house in Bozeman, the group headed west in the PHWFF logoed passenger van for the two hour drive to the Freedom Ranch For Heroes.  Upon arrival, a brief facilities orientation was held.  The group was then met by local Orvis endorsed lodge owner Craig Fellin for a fly casting tune-up prior to the next day’s outing.  Although a bit breezy, everyone was encouraged by the favorable forecast for warmer and calmer weather over the next few days.  This was encouraging, especially after hearing of the horrendous weather the group experienced the prior week.

Wednesday would be spent wade fishing the Big Hole River on ranch property.  After a tasty catered breakfast served in the fly shop, participants donned their waders and walked the short distance to the river.   The group was joined by a couple of local guides and with the assistance of Kent, each rotated between the participants while Montana photographed the events as they unfurled.   Numerous whitefish were interspersed with an occasional trout throughout the morning.  A streamside lunch of sandwiches and salad was made even more memorable by the lack of plastic forks.  “Montana’s Forks” as they became to be known were the subject of multiple jokes throughout the rest of the stay.

With the arrival of warmer weather, one of the most prolific caddis fly hatches many had ever seen occurred during the afternoon session.  The caddis adults and empty cases blanketed the water as the breeze blew others into ears, noses, and mouths.  One particular fly pattern emerged as the best one to fool the fish and it made the rounds as participants had it added to their setups.  Some recorded double digit numbers before stowing their fly rods for the day.  For one participant, the fear of leaving the state of Montana fishless, was put to rest.

Dinnertime fish stories began circulating throughout the lodge as digital phone images served as evidence to back up personal claims.  And then the real story telling began!  All shared stories. All laughed with joy.  All enjoyed the evening in each other’s company.  The camaraderie building was palpable.

Thursday….0830…..the guides, with rafts and drift boats in tow, arrived at the Freedom Ranch to begin loading up an eager group of participants for a full day of fly fishing.  For many, it would be their first experience fishing from a floating platform.   Good luck tidings were exchanged as pairs of veterans were matched to guides.  One rig follows the other around the circle driveway as they head out to heal old wounds and create new memories.

Being a trip lead to the Freedom Ranch means that time is not spent with the participants during their days with the guides.  It affords the opportunity to embrace the Big Hole alone and quietly reflect upon how it is destined to heal future participants.

As veteran pairs return with their guides each afternoon, stories emerge like the afternoon caddis flies.  It’s an absolute delight to listen to anecdotes traded between participants.  Words like, “huge,” “broke,” “moose,” “eagles,” and “epic” are among those routinely exchanged as waders get peeled off.  The guides indicated that it was the best day of the year so far.  Warm weather, stable river flows, and a relative lack of wind all contributed to everyone’s success.  A wide grin and subtle nod of the head sometimes tells the whole story with nary a word.

Evening was spent sharing stories and pictures from the day.  The group saw images of Stan’s big brown trout for which he would later receive the coveted “Biggest Fish” award.  A strong contender for the “Smallest Fish” award also surfaced.  It was destined to be a lock for Demi.  Ray added to his impressive total and Rich S. secured a Freedom Ranch Slam on Thursday.

The second float day played out much like the first, but everyone recognized it would probably be a tough act to follow.  Nonetheless, everyone landed multiple fish and during the day.  After exchanging stories from the day, including one about an angry otter, a group of gracious participants bid farewell to their guides and expressed their appreciation and desire to one day return and fish the Big Hole River again.

As is customary on the last night, a prime rib dinner was served at the Wise River Club.  The musician introduced the group to everyone and led in singing the Star Spangled Banner.   Montana began the awards ceremony by first recognizing Stan and Rich S. as Vietnam Veterans.   “We all share a debt of gratitude to your generation of warriors and the sacrifices you made on the country’s behalf” he exclaimed.

After the awards and recognitions were presented, Kent had few heartfelt words for all in attendance.  Kent began by expressing that it had truly been an honor and privilege to be the leader for Trip #2 and that it was amazing to see the relationships and camaraderie develop during the week.  He thanked the Wise River community for their past and future support of Project Healing Waters Fly Fishing and the Freedom Ranch For Heroes.  He also wanted to remind everyone that this was Memorial Day weekend and that we should never forget those paid the ultimate price to protect our freedoms.

So what does the Freedom Ranch For Heroes mean to veteran participants who visited this week?  Here are a few things they had to say:

“These last several days have absolutely changed my life!  After a very difficult winter, I was stunned to learn I was chosen for this adventure with Project Healing Waters!  I am eternally grateful for this place and all of the wonderful people who made this happen!  Thank you from the bottom of my heart for saving lives in God’s country!  God Bless!”    –  Brian W.

“Thank you so much for this incredible opportunity!  We are blessed to have the support of people like you.    –  David C.

“I have a smart watch that tracks my stress level.  I have never seen it read as low as it has during my stay here!”   –  Richard K.

On behalf of the entire Week #2 group of veteran participants, a sincere thanks goes out to Montana Reynolds, the Harbaugh Foundation, the entire Wise River Community, the food vendors, and the PHWFF staff who works behind the scenes to arrange for travel and logistics for all who make the journey to the Freedom Ranch For Heroes.  And of the Freedom Ranch For Heroes, it can simply be said that This Place Works!

“Fly fishing isn’t always about catching fish.  The sounds, smells and things you see and feel when fly fishing are magically calming and create memories for a lifetime.”   Kent Chavet 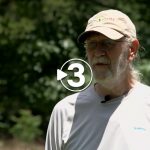 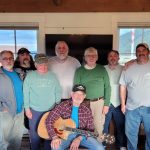