We are pleased to announce that two patriotic supporters, Gerry and Rex Leonard, will embark on an adventure to explore our great American outdoors by hiking the Appalachian Trail.  The hike will serve to raise funds and awareness for Project Healing Waters Fly Fishing and to provide our Nation’s disabled veterans with more outdoor opportunities to heal, recover and recuperate from the scars of war. During the hike, Team Leonard will be sharing their experiences along the trail here on our blog and on social media.  We’ll be sharing much more in the coming weeks and months!  You can follow along here: http://projecthealingwaters.org/category/hike-to-heal-veterans/

Let’s show our support and wish Team Leonard our best as they take on this courageous feat in support of the many disabled veterans whose lives will be changed as a result of their sacrifice.

As they so eloquently stated, “Our disabled veterans selflessly served our nation; they left a part of themselves on a faraway battlefield to defend our way of life and protect our freedom.  Though they never asked or expected anything in return, we owe them a debt of gratitude which we can never fully repay.”

You can support Gerry and Rex on their journey by making a donation below.

They will be traveling North – South on the trail and will embark from Maine’s Mount Katahdin on June 16, 2019 on a 2,200 mile journey to Spring Mountain, Georgia.  The Appalachian Trail is described as the longest hiking-only trail in the world. It is maintained by 31 trail clubs and multiple partnerships and managed by the National Park Service, United States Forest Service, and the nonprofit Appalachian Trail Conservancy. Most of the trail is in forest or wild lands, although some portions traverse towns, roads and farms. The adventure of Team Leonard will take them through through 14 states over the coming months.  As they said, “for us, the AT represents the frontier early Americans like Boone, Crockett, Lewis, and Clark explored and settled, and one of the characteristics that defines American exceptionalism: rugged individualism. Its inspiring to have an opportunity to retrace the steps of our nation’s early explorers, settlers, and frontiersmen.” “We hope to raise as much money as possible to enable PHWFF to continue serving disabled veterans across the country and to increase the number of fishing and outdoor experiences they can provide. We want our disabled veterans to have as many outlets as possible that will allow them to overcome personal hardships and to find peace of mind.  We are firm believers (and scientific evidence seems to support) that recreating outdoors in our natural environment heals the mind and the body. “ 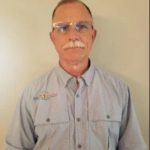 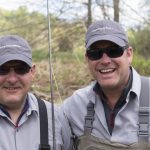