In honor of National Vietnam Veterans Day, we salute all who served. Join us as we express our tremendous gratitude and support to this generation of Americans. Welcome home.

The holiday marks the day in 1973 when the final troops returned to the U.S. from Vietnam, signaling the end of U.S. involvement in the war. Larry Fivecoats served with the 173rd Airborne Brigade in Vietnam in 1966 and 1967.  In that time, Larry was involved in over 150 firefights and witnessed very heavy casualties.  When he returned from war, he found himself struggling with the lasting symptoms of PTSD and depression, and began to contemplate suicide.  Then Larry was introduced to Project Healing Waters Fly Fishing. 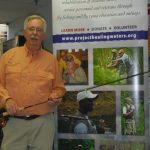 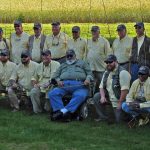