Daryl Arthur Crane, a beloved member of our Project Healing Waters Fly Fishing family, passed away on October 30, 2019. Those who had the pleasure of his company will always remember him as a strong family man who cherished his friends, the great outdoors, and his beloved Minnesota Vikings and Twins. He will be deeply missed by all of us.  Join us in extending our deepest, most heartfelt condolences to his friends and family during this difficult time.

Born to Jerry Crane and Delores Lizotte, Daryl was the oldest of six children. At 16 years old, Daryl tragically lost his father. In 1969, Daryl met Pam and in 1975, the two were married in Billings, Montana. In February 1979, Daryl and Pam welcomed their first son, Nathan and in 1984, they welcomed Bryan. Daryl was known by those around him to be a great family man, grounded in his beliefs. Daryl’s biggest loves in his life were the great outdoors, the Minnesota Vikings and Twins, and his family and friends. Growing up in Montana, Daryl spent much of his free time outdoors and was a dedicated woodworker.

Daryl was injured during a work accident that forced him to change his career at almost 40. Dedicated to his family and doing everything he could to support them, Daryl earned his Bachelor’s Degree in Environmental Engineering from Montana Tech in Butte, MT. After graduating from Montana Tech, Daryl was hired by Koch Industries and moved his family to Wichita, KS. In 2010, Daryl and Pam moved to their current home in Bedford, TX.

Those who knew Daryl would agree that as good of a father and husband as he was, he cherished the role of “Papa” to his seven grandchildren. Later in Daryl’s life he could be seen with a Vikings shirt on and either one of his grandchildren or fur children on his lap. He truly loved his family and will be sorely missed by all those who knew him.

In December 2018, Daryl was diagnosed with stage-4 Non-Hoskins Lymphoma. After battling the disease for nearly 10 months, on 26 October 2019, Daryl was informed that he had defeated cancer and he was officially in remission; however, Daryl passed away as a result of the complications from treatment.

Daryl is survived by his wife, Pam, his two sons, Nathan and Bryan, daughters-in-law, Amanda and Amber and his seven grandchildren, Dylan, Avery, Aspen, Brody, Rylie, Cooper, Fynlee. Daryl established a legacy for his children and grandchildren that will be the standard. His work ethic, life lessons and stories and his love for his family and friends are incomparable.

A Celebration of Life has been scheduled for Veteran’s Day, November 11, 2019, at 3:00pm, CST at Lucas Family Funeral Home, Hurst Texas. Those wishing to send condolences can send them to the Lucas Family Funeral Home at 1321 Precinct Line Rd, Hurst, TX 76053. Those wishing to send donations can make all donations in his memory to the Project Healing Waters, an organization dedicated to helping our wounded veterans. 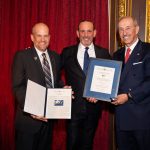 Patriot Award bestowed upon Don Garber for his Extraordinary ServiceAnnouncements, In The News, Press Releases, Regional 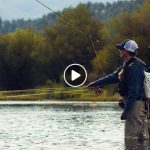