Virginia Beach, Virginia:  Following the success of its inaugural 2016 tournament, Legends of the Fly (LOF) announces the date of its second annual charity fly fishing tournament to benefit Project Healing Waters Fly Fishing (PHWFF) – October 21, 2017.   As one of the newest saltwater tournament fundraisers for PHWFF, Legends of the Fly hopes to grow this event to host at least 30 teams and boost its impact using registration fees and donated auction items to raise over $6,000 for PHWFF.   For event details and registration go to www.legendsofthefly.com

“This is awesome!” said Mike LaHorner, an accomplished Virginia Beach fly angler.  “We should do this every year; no, several times a year!”  Designed as a no kill, slam-style tournament, individuals or teams of two anglers will compete to catch the largest combination of speckled trout, red drum, and striped bass with bluefish as a wild card species. If all three of the primary target fish are caught, a “slam”, the angler or team will qualify for the grand prize of two Reilly custom saltwater fly rods.  Awards will also be given to the individual or team that catches the largest of each of the three slam species.

In 2016, 17 teams from across VA participated and several teams “slammed”.  More than 10 species of fish were caught, many were good sized, and all fish were released. With strong support from Mossy Creek Fly Fishing, Virginia Coastal Fly Anglers and Trout Unlimited volunteers, LOF raised $2,700 for Project Healing Waters Fly Fishing.  Following its commitment to water quality and the health of the local saltwater fishery, the day after the tournament, participants joined LOF volunteers to clean up the Lynnhaven River removing over 600 pounds of trash and floatable debris.

About LOF:  Legends of the Fly, was conceived in 2013, as a way to raise awareness about fly fishing in Virginia, to increase participation in the sport, celebrate our fly fishing culture, and motivate our tribe to have fun while making a lasting and positive impact on the fishery. LOF strives to strengthen the catch and release ethic to support fishery conservation. In addition LOF was formed to raise funds for charities that have real social and environmental value for fly anglers.  Since it’s inception, LOF has raised over $50,000 to benefit Project Healing Waters Fly Fishing, the Chesapeake Bay Foundation, Lynnhaven River Now, the Elizabeth River Project, Bill Wills Southeast Virginia Chapter of Trout Unlimited, and the Virginia Coastal Fly Anglers. 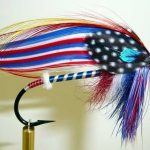 September SkyAnnouncements, In The News, Regional 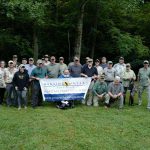