More than 70 participants, volunteers, and supporters from PHWFF programs in North Carlolina and South Carolina gathered to attend the 4th Annual Marabou Madness Fly-tying event hosted by the Fayetteville PHWFF program. The Fayetteville program formed in 2012 and began hosting the Marabou Madness events shortly afterward with the intent to give participants an opportunity to learn more about fly-tying and to meet and share stories with other participants. The Fayetteville program provide both fly-tying and fly-fishing activities for Marabou Madness which takes place at the North Carolina Wildlife Resources Commission’s Pechmann Fishing Education Center. The Pechmann Center offers a classroom that can seat nearly 100 participants with an audio-visual system with 3 large TV screens which makes following the tying instructor a breeze. In addition, participants have the opportunity to fish in the centers that have been stocked with more than 1000 for the center’s fly-fishing clinics.

Each year, fly-fishing and fly-tying experts are invited to Marabou Madness to share their knowledge and experience with participants and to encourage them to further pursue and participate in the sport. Our expert, this year, was Conway Bowman of Bowman’s Bluewater, Southern California’s premier saltwater fly guide service and principal owner of the Ragged Edge Fly Fishing School. He currently holds an International Gamefish Association world record for redfish on the fly.  Bowman has been seen on a number of outdoor shows to include appearances as the host of The Outfitters by Ford Trucks and Fly Fishing the World on the Sportsman Channel. He has also chronicled his exploits in numerous books and magazines and recently authored the book, Orvis Saltwater Fly Fishing 101.

On Friday March 3rd, the event began with a visit to Fort Bragg’s Warrior Transition Battalion by Conway, PHWFF CEO, Todd Desgrosseilliers, North Carolina Regional coordinator, Ryan Harman, and a number of volunteers of the Fayetteville program. Upon arrival, the group received a briefing from the unit’s commander, LTC. Phillip Brown who explained the unit’s mission, and treatment capabilities for soldiers who have been assigned to the WTB.  The group was, then, invited to have lunch with the soldiers where Conway shared his excitement for fly-fishing through the sharing of his adventures of catching redfish and Mako sharks. Stirred with interest from Conway’s presentation, the soldiers questioned him further on the kinds of fish that he has caught and how that they can get started in fly-fishing. Many lingered after the presentation to learn more and to fill out interest forms to join the Fayetteville Program.

Later, the Fayetteville program conducted a fundraiser dinner with volunteers, participants, and local supporters. Conway, again shared his stories, however, the group also heard testimony from participants, to include that of CEO, Todd Desgrosseilliers. The participants described their injuries and treatment and how their associations with Project Healing Waters has helped in their recovery.  Moved by what were at times emotional recitals, supporters contributed more $6000.00 to Project Healing Waters through monetary donation and the purchase of silent auctions. Bowman donated a 2 Day -3 person guided trip for Mako sharks to the auction to which the winner, Daniel Britt then donated back to PHWFF to be used for the participants.

On Saturday, March 4th, participants met at the Pechmann fishing Education Center to learn about catching carp, redfish, and makos from Conway. This year’s fly-tying theme was saltwater flies, so the participants received instruction in tying the Seaducer, Micro shrimp, and Gurgler from volunteers, Keith Gallaher, and Brian Garringer. They, also participated in a Mystery Material fly-tying contest, in which they had 10 minutes to tie a fly with a material that was unknown and sealed in an envelope until their time started. This year’s mystery material was parrot feathers which had to be incorporated into the fly that were judged on things such as; appearance and fish-ability. The winner, Mike Freeman received a Nor-vise Tying system for his entry.

Participants also enjoyed fishing in the Pechmann Center’s stocked ponds for trout, bass, bluegill, and catfish. They were also treated to some great food from sponsor’s Jersey Mike’s and Mission BBQ.  To finish the day, Program Lead, Tom Carpenter and CEO, Todd Desgrosseilliers recognized the volunteers who made the entire weekend possible. They also drew tickets for a number of door prizes and for the raffle of 3 Yeti coolers and the Jackson Cuda Kayak.

The final day, March 5th ended with more than a dozen participants that stayed to receive casting instruction from Pechmann Center volunteers who have been trained in the casting and teaching methods used at the Wulff School of Fly Fishing. Instructors provided coaching on the roll-cast and basic overhead cast before spending time on the ponds casting to trout.  Many found this a great way to cap off the weekend before heading to their perspective home.

The Fayetteville program would like to thank Conway Bowman for his exciting presentations and encouragement to the participants. Todd Desgrosseilliers, and Ryan Harman for their leadership and support for this event. We thank out many sponsors and donors for their product and monetary support which will allow to further assist the growing participation of the Fayetteville PHWFF program. We also thank the dedicated volunteers whose hundreds of hours of planning, preparation, and work make the event possible. Most of all, we thank the participants of the North and South Carolina who attended the event and thank them for their service and sacrifice to our great country which is the only country in the world where the citizens can so freely enjoy the pursuit of fish as a recreation. God Bless America! 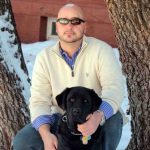 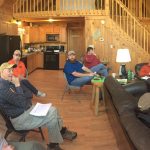