Presented by Aon, the 5th Annual Healing on the Fly NYC is an evening in support of the thousands of disabled veterans served each year by Project Healing Waters Fly Fishing, Inc. Programs across the United States.  For tickets, sponsorship opportunities, or additional event information please visit www.projecthealingwaters.org/fundraisers/healing-on-the-fly/ Hayes, in addition to his military career,  is a retired FDNY Firefighter who responded to the World Trade Center attacks on February 26 1993 and on September 11 2001, participating in the search and rescue operations. He was awarded four citations from the Fire Department including one for his immediate response to the World Trade Center Disaster on September 11 2001.

Desgrosseilliers reconnected with fly fishing after joining the Project Healing Waters’ Fly Fishing program at Fort Belvoir, Virginia upon the recommendation of his physical therapist in March 2015.  As a participant and volunteer, he recognized the remarkable physical and emotional transformation that the program initiated for him and joined its exceptional team after his medical retirement from the military in 2016 as President and Chief Executive Officer.

Kiernan will engage Hayes and Desgrosseilliers in a powerful discussion of their personal journeys to recovery through the PHWFF program and how this transformative program inspired them to give back to fellow veterans in their communities.

Pat Kiernan has been morning anchor at NY1 News since 1997 and  is a part of the daily routine for New York City, guiding them through their morning with a briefing on news, weather, traffic, sports and what’s “In the Papers.” Pat has led NY1’s coverage on dozens of breaking news stories. He was on the anchor desk for 12 consecutive hours on September 11th, 2001.

Pat is so closely associated with TV news in New York that he’s been asked to “play himself” more than two dozen times in movies and TV shows. Recent screen credits include Ghostbusters, Billions and The Amazing Spider Man 2.

With New York as his base, Pat has hosted national programs for networks including CNBC, CNN, Bloomberg, BNN and VH1. He started his broadcast news career while completing his business degree at the University of Alberta in Edmonton. He moved to New York from Canada in 1996 to join Time Warner’s early efforts to deliver news online.

The evening will feature a cocktail hour with silent auction, seated dinner, a short program as well as a live auction with many unique specialty items.

For over a decade PHWFF has focused on healing those who serve.  It is through the tremendous contributions of supporters and volunteers nationwide that PHWFF served over 8,400 deserving members of our Nation’s armed services in 2017. 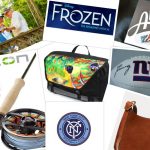 Start your bidding! The 5th Annual Healing on the Fly – NYC Auction is now open!Announcements, In The News, Regional 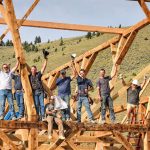 PHWFF will be featured on TWO upcoming episodes of Barnwood Builders!Announcements, Freedom Ranch for Heroes, In The News, Regional