We are honored to announce that LtCol (ret) Justin Constantine, USMC will be a special guest speaker at ‘Healing on the Fly: New York City’ being held on October 3, 2017 at The Metropolitan Club.  This special evening in support of the veterans we serve will feature a cocktail hour with silent auction, seated dinner, a short program featuring special guest speakers as well as a live auction with many unique specialty items. All proceeds from the event go towards providing the thousands of injured and disabled veterans we serve annually with the support they need on their journeys to recovery. A Marine officer, Justin Constantine deployed to Iraq in 2006, serving as a Civil Affairs Team Leader while attached to an infantry battalion. During a combat patrol, Justin was shot in the head by a sniper. For his service in Iraq, he earned the Purple Heart, Combat Action Ribbon and Navy-Marine Corps Commendation Medal. He retired from the Marine Corps at the rank of Lieutenant Colonel, and is now an inspirational speaker and veteran advocate. Justin speaks to large companies and organizations about leadership, the upside of change, teamwork and overcoming adversity.

In 2012, the Virginia Legislature passed a resolution highlighting Justin’s continued support of other wounded warriors. Justin is a Presidential Leadership Scholar, has been named a Champion of Change by the White House, and was awarded the prestigious inaugural 2014 Lincoln Award recognizing his outstanding achievement in providing opportunities and support to our nation’s veterans and military families.

To learn more about the event, please visit the “Healing on the Fly: New York City” webpage

“We are all stronger than we think we are.  We are all capable of doing amazing things.  We have all overcome adversity.  We have become stronger, smarter and wiser because of the adversities we’ve faced.  I am not thinking about everyday problems while I’m on the water here.  I am thinking about the gorgeous nature, clean air, and the new friends I’ve met today.  I want to help as many as I can because so many have helped me along the way.”  – LtCol (ret) Justin Constantine, USMC at The 7th Annual Battle at Boxwood 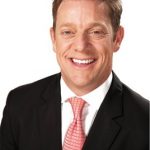 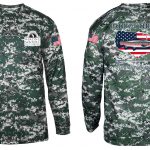