We are pleased to announce that Russ Ambrose has been named Regional Coordinator for The Tennessee Valley Region of PHWFF! Join us in welcoming him! As long-time Program Lead for the PHWFF Johnson City, TN Program, he will be taking over from Ken Swinburne, our dedicated Regional Coordinator for the area who will be making an exciting move to New Zealand. Russ will continue to serve as Program Lead in Johnson City and enjoy the great support of Ken Swinburne, Steve Thompson, and Bill Coyne in the region.

Russ is a native of coastal North Carolina where he grew up on a family farm. After graduating high school, he joined the U. S. Air Force and graduated from Aircraft Weapons Systems school at Lowry AFB, CO. He went on to spend tours in Korea, Italy, Germany, Idaho, and Florida with numerous temporary assignments and deployments. During this time, he went back to Lowry AFB and graduated from the F-16 Avionics School. He went on to obtain an aviation degree, pilot’s rating, and a Bachelor’s in Theology. During Operation Desert Storm, he served with the 52nd Component Repair Squadron. Russ eventually retired due to a service connected disability. He was introduced to PHWFF through his Trout Unlimited chapter in 2011 and became a participant in the Johnson City Program at the local VAMC. He then saw a great need within the program and stepped up to assume the role as Program Lead where he has implemented various instructional programs for new participants as well as volunteer training and the assignment of specific duties commensurate to their skills. The program has proven to be very successful and has maintained a high degree of cohesiveness, integrity, and moral. Russ has recently assumed the role as Regional Coordinator for the Tennessee Valley and will also continue to serve as Program Lead for Johnson City. 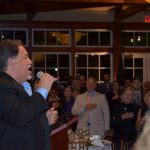 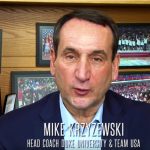 Coach K invites you to join us for Healing Saturday on November 12, 2016 (VIDEO)Announcements