We were honored to have the honorable Judge Thomas Hogan deliver the keynote address during the 11th Annual PHWFF 2-Fly Tournament at Rose River Farm.  Judge Hogan has been a fixture at the annual 2-Fly since its inception and we were honored to have him as our Keynote Speaker.   Judge Hogan addressed the pre-tournament dinner on Saturday night under the stars in picturesque Madison County.  His remarks touched upon his experiences as an angler and the personal relationships,  inspiration, and motivation he garnered from important veterans in his life during his distinguished tenure as a Federal Judge.   It is our distinct pleasure to share his full remarks with you in the video below:

“Peace, joy, close friends, camaraderie among great people, beautiful rivers and wonderful fish. What it really gets down to is that the essence of fly fishing takes you to healing waters. Wherever it may be, it takes you back to a place where you can heal and re-center yourself to get away from the cares and angers you have in your life.” – Judge Thomas F. Hogan

Related: More than just a tournament: #PHWFF2Fly is a weekend of community, celebration and patriotism

Judge Thomas F. Hogan has been a federal judge since his appointment in August 1982 to the U.S. District Court for the District of Columbia. He was Chief Judge of the court from 2001 until 2008, when he assumed senior status.  He graduated from Georgetown University, receiving an A.B. (classical) in 1960 and attended George Washington University’s masters program in American and English literature from 1960 to 1962 and graduated from the Georgetown University Law Center in 1966, where he was the St. Thomas More Fellow.

Following law school, Judge Hogan clerked for Judge William B. Jones of the United States District Court for the District of Columbia from 1966 to 1967. He served as counsel to the National Commission for the Reform of Federal Criminal Laws from 1967 to 1968, and was engaged in private practice from 1968 to 1982. 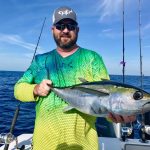 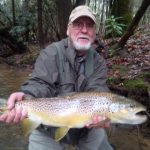