The Board of Trustees of Project Healing Water Fly Fishing (PHWFF) takes great pleasure in presenting the project’s most prestigious award, the Patriot Award, to Derrick Dietz. Derrick’s tireless commitment to PHWFF has created a foundation of support for the disabled men and women who have served this country. His dedication and involvement serve as an inspiration to all and are beyond reproach

Derrick’s involvement with PHWFF began with the formation of the Casper, Wyoming Chapter. He was cognizant of the importance of strength and initiated the partnership between Wyoming Flycasters (WFC) and PHWFF. He effectively led, coordinated, implemented plans, continually evaluated progress, and made adjustments as needed.  He was thorough in record keeping, and resources.  His personal characteristics of organizing activities, his ability to relate to everyone he meets, and his ability to explain PHWFF effectively make him a positive spokesperson and outstanding leader.  Strengthening the program was essential to Derrick and he was energetic and innovative in his ability to fund raise.  He worked with the local radio station that was a proponent of raising funds for worthy causes.  “Thankful Thursday” was a program where community members bid on items.  Those proceeds were committed to worthy causes, i.e.  PHWFF.  Derrick was successful in obtaining substantial funding through the Two Fly Foundation, an oil industry that provided considerable monetary awards.  It was through Derrick’s efforts that the chapter raised $94,000 in 2015 and in-kind donations of $15,000. Derrick’s skills as a fly fisher, fly tier, and rod builder makes him an excellent teacher which creates a positive influence and provides instruction to those members participating. He is responsible for the many outings and activities enjoyed by members of the Casper PHWFF chapter.  In 2015 he planned 26 day trips, 5 overnight trips, 14 casting classes, 10 fly tying classes, 8 rod building, 28 shows/events /and meetings.  This number includes 14 fund raising activities.  Derrick personally volunteered 1025 hours, and coordinated other volunteers 1300 hours.  Derrick’s enthusiastic involvement and chapter activities expanded membership to 31 participants.  Trips to the Bighorn River, the North Platte, involvement with Women’s POW WOW which exposed women veterans to PHWFF, are a few of the memorable trips that increased knowledge of the rivers and provided the comradery of friendship and the skill of fishing.

Derrick Dietz epitomizes all that is exceptional and good in PHWFF Volunteerism.  His long-term dedication and support to PHWFF and his total commitment to the disabled men and women he serves goes well beyond that which could reasonably be expected from a volunteer.  As such, his work within PHWFF is in keeping with the highest standard of the Patriot Award.

The Trustees of PHWFF are very proud to recognize him for his tremendous accomplishments as a true Patriot. 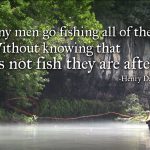 The Veterans of PHWFF Kansas City (VIDEO)Announcements, Regional, The Heartland 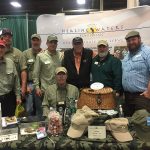