We fondly remember Lefty Kreh‘s wisdom, humor, and generous spirit. During our 10th Annual 2-Fly Tournament at Rose River Farm, Tom Brokaw spoke warmly of his dear friend and fishing partner — and we’re pleased to share those remarks with you below.

A member of the greatest generation, Lefty Kreh served this country with honor from 1942 to 1947 and is a combat veteran from the Battle of the Bulge. He continued his service as a generous supporter of Project Healing Waters Fly Fishing, selflessly giving his time and sharing his talents and knowledge with our disabled active military and disabled veterans.

For more than 50 years as an outdoor writer and fly fishing instructor, Lefty Kreh touched more lives and converted more people to fly fishing than anyone ever has or ever likely will. He was truly a servant to the fly fishing community, having given selflessly with his teaching skills, innovations and humor, and adding immeasurably to the level of enjoyment and satisfaction that many of us have experienced from the sport of fly fishing.

Tom Brokaw spent his entire distinguished journalism career with NBC News beginning in 1966 in the Los Angeles bureau where he covered Ronald Reagan’s first run for public office, the rise of the Sixties counter culture, the assassination of Bobby Kennedy and the 1968 presidential campaign.

Brokaw has won every major award in his craft, including Peabody, Duponts, Emmys and lifetime achievement recognition. In November of 2014 Brokaw was awarded the Medal of Freedom by President Barack Obama, the highest civilian award given to those who made “meritorious contribution to the security or national interests of the United States, world peace, cultural or other significant public or private endeavors. 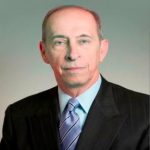 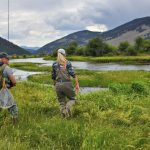