We’re proud to share a very special episode of The Seahunter featuring GySgt (ret) Willis “Duke” Davis, USMC.  Duke is a Marine Corps veteran who served most of his time as a Scout Sniper and Infantryman. He was medically retired after almost 22 years of honorable service and became a PHWFF participant in October, 2014.

The Seahunter is a premiere saltwater fishing show hosted by Captain Rob Fordyce. The show is based on offshore and inshore fishing and light tackle and fly fishing.  Rob has been a long time friend and supporter of PHWFF and the veterans we serve.

The Seahunter EP207 Hoo-Rah! from The SeaHunter, Rob Fordyce on Vimeo. 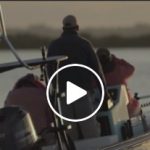 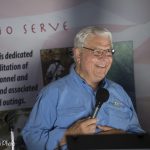