We’re excited to share a short video from Fly Lords and Backroad Creative  featuring SSG (ret) Wesley Hodges, U.S. Army.  Wes is longtime member of the PHWFF family and its a thrill to see his passion for fly fishing, guiding and volunteerism highlighted in this tremendous short video.

SSG (ret) Wesley Hodges, U.S. Army is a former PHWFF participant, current PHWFF volunteer, a former member of the PHWFF Veteran’s Advisory Council, and a graduate of Virginia Tech.  He now heads up his own Fly fishing guide service which can be found at www.wesleyhodgesflyfishing.com

In his words: “In 2002, I enlisted in the US Army and volunteered for the 82 nd Airborne Division. For eight years, three of which were served overseas, I served with the finestmilitary personnel imaginable. In the spring of 2010, I was medically discharged from the military due to injuries sustained while on active duty. Shortly thereafter, I found myself fishing the chalk streams of PA with Project Healing Waters. It was through PHWFF that I began to focus on my future rather than my past. This led me to VA Tech where I studied smallmouth bass and muskie. In the fall of 2013, I graduated with a degree in International Relations and Spanish. Due to my passion for fly-fishing I started my own company, Bearded Lady Fly Fishing, immediately upon my departure from my studies. I could not have accomplished this new endeavor without the mentoring and support from PHWFF. This organization, its founder, and the volunteers will always be the example that I will strive to follow when providing my services to the fly-fishing community.” 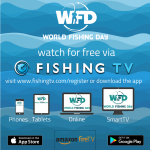 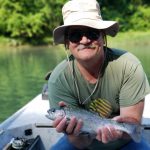