LaPlata, MD – September 16, 2016 – Project Healing Waters Fly Fishing (PHWFF) is pleased to announce that acclaimed tenor Daniel Rodriguez will deliver a keynote address and musical selection at The 3rd Annual Healing on the Fly NYC Gala Dinner and Auction. The event will take place at 6:00 pm on October 4, 2016 at The Loeb Boathouse in Central Park. All proceeds from the event will go towards providing the thousands of injured and disabled veterans served by PHWFF with the support they need on their journeys to recovery.

Daniel Rodriguez, an operatic tenor from New York City.  Mr. Rodriguez became known as “The Singing Policeman” in his former work with the New York City Police Department due to his role as one of the department’s designated National Anthem singers. In the aftermath of the September 11 terrorist attacks, he received widespread attention with his rendition of “God Bless America”, which he sang at memorial events and on television. Following formal training from Placido Domingo, he recorded numerous albums, and appeared as lead tenor in several operas. He regularly appears in support of his chosen charities, as well as performing a full domestic and international concert schedule.

The evening also will feature a cocktail hour with silent auction, seated dinner, a short program featuring PHWFF veteran guest speakers Colonel (ret) Todd Desgrosseilliers USMC and Fire Controlman Second Class (ret) Andrew Laffey U.S. Navy, as well as a live auction with many unique specialty items.
This lovely annual event is being co-chaired by two great PHWFF supporters and champions: Businessman Bob Rich and Commissioner of Major League Soccer, Don Garber.  Thanks to their leadership, a very special evening has been planned to raise funds and awareness for this top-tier veteran service program.
For a little more than a decade PHWFF has focused on healing those who serve.  It is through the tremendous contributions of our supporters and volunteers nationwide that last year alone we served 7,452 deserving members of our armed services.  To learn more please visit www.projecthealingwaters.org
Acclaimed tenor Daniel Rodriguez to deliver keynote address at “Healing on the Fly NYC” (VIDEO)2016-09-192016-12-29http://projecthealingwaters.org/wp-content/uploads/2016/05/PHW_Logo.pngProject Healing Waters Fly Fishinghttps://projecthealingwaters.org/wp-content/uploads/2016/12/c05dbfca-6dae-4e39-8b31-40cda6071c15-scaled.jpeg200px200px
Menu 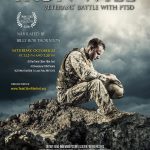 IRON WILL: VETERANS’BATTLE WITH PTSD SOARS TO ITS WORLD PREMIERE AT THE TWIN CITIES FILM FEST OCTOBER 22Press Releases