Ft. Meade’s Project Healing Waters Fly Fishing Program helps Wounded Warriors and vets with emotional and physical challenges using activities such as fly tying and fishing. It’s fun and relaxing. Program representatives will be at the Armed Forces Celebration Day on May 17, 2014 at The National Cryptologic Museum in Fort Meade, Maryland.

(FT. MEADE, MD)— The National Cryptologic Museum will celebrate Armed Forces Day with an open house featuring its first ever outdoor concert on May 18. “The Volunteers” of the Army Field Band will perform their rock/pop/country talents at the museum from 1:30 –3:25 p.m. The open house will run from 10 a.m. to 6 p.m. Activities inside the museum will include tours starting every 30 minutes and hourly presentations on the National Security Agency/Central Security Service, a peek at rarely seen cryptologic artifacts, and the opportunity to hear from members of the Armed Forces talk about what it’s like to serve our nation in uniform.

The National Cryptologic Museum Foundation will also present information on plans for a new cryptologic museum. Some of the visitors on Saturday will be attendees of the American Alliance of Museums, which is holding its annual conference in Baltimore, Md. The National Cryptologic Museum will provide transportation to and from Baltimore all day. As always, admission and parking are free. 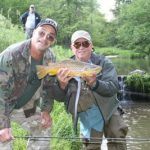