September 8, 2016 – LaPlata, MD : Project Healing Waters Fly Fishing (PHWFF) is delighted to announce that it has named Todd Desgrosseilliers as its new Chief Executive Officer. Todd will start in his position on September 12, 2016.

Todd is a Marine Corps veteran and infantry officer with 31 years of service to our Nation.  A native of Auburn, Maine, he enlisted in the Marine Corps in 1985 and attained the rank of Sergeant before becoming an officer.  He commanded at each rank and most recently served as the Commanding Officer, The Basic School from 2012 to 2014. He also served as the Commanding Officer, 3rd Battalion, 2nd Marines from 2005 to 2007 – deploying the Battalion to Iraq in 2006-2007, where they conducted counter-insurgency operations in Ramadi and Fallujah. Previously, he served as the Executive Officer for 3rd Battalion, 5th Marines – deploying in support of Operation Iraqi Freedom in 2004-2005.  During this deployment he fought in Operation Al FAJR in Fallujah, Iraq where he was wounded several times in close quarters combat with the enemy.  He is also a veteran of numerous other operations and deployments.

Todd developed a love for fly fishing growing up in Maine chasing its abundant native brook trout and landlocked salmon in its numerous lakes and streams.  Todd reconnected with fly fishing after joining the Quantico and Fort Belvoir Programs upon the recommendation of his physical therapist in March 2015.  As a participant, Todd recognized the remarkable physical and emotional transformation that Project Healing Waters Programs initiated for him and his fellow participants and decided that he wanted to join its exceptional team after his retirement from the military. 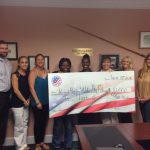 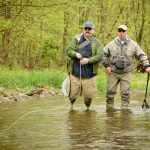