It was through the Millers River, Trout Unlimited Chapter 725 that Michael Young met Bill Manser, then president of the TU chapter. In 2013, when Michael became a Veteran’s counselor at Montachusett Veterans’ Outreach Center (MVOC) with an office at the Stallings Campus in Winchendon, MA, he saw an opportunity to combine clinical skills with his love of fly fishing.  The Stallings Campus was in a converted school building that had one room with long worktables, ideal for group fly tying. Together, he and Bill obtained permission to sponsor PHWFF events at MVOC for their veterans and those of several other veterans’ programs.

Michael provided clinical support and transportation to PHWFF trips to the Catskills, Maine, and the Farmington River from 2014 until the present. He created publicity articles for local newspapers and TU’s TROUT Magazine. His background in Native American culture and spiritual healing, together with his therapy training, have supported his experience in the ability of Nature to heal the wounds of war.  He has played Native American flute for wakeup reveille at various camp sites “by special request. In the fall of 2016, Michael retired from MVOC to return to college and to establish a private practice.  He remains connected to the PHW group at Leominster Veterans Services Center, Leominster, MA.

Michael wrote a wonderful poem that summarizes his time spent with PHW on an outing to Connecticut’s Farmington River.

one row deep with

HQ for our operation.

But is that what it’s all about?

Geared up, our tactical uniform is

built for wading in the water.

Weapons replaced with rods that

fire only fishing lines and flies.

Our catch was elusive.

Few of the finny foe were landed.

So was our mission a washout?

Many good friends made

The move from isolated individuals

to a supportive unit.

No need to feel alone

with hidden horrors from the past.

Staying in the present,

even with the drone of incessant rain.

Talk of good times past and

The warmth of one another

and the blazing fire 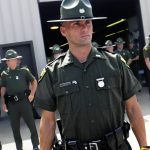 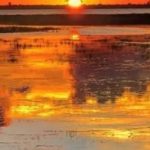 The 6th Annual Legends of the Fly TournamentIn The News, Regional, Virginia