Bob Crawshaw, the Deputy Regional Coordinator for our Virginia region, recounts a special fly tying session and celebration held on December 5, 2017 at The DAV Community Hall in Salem, VA.

Christmas came early to the Roanoke and New River Valleys program on Tuesday December 5, 2017.  We held a free raffle for participants that presented them with over $2,000 worth of gear and materials.  We followed the raffle with our monthly fly tying session at the DAV Community Hall in Salem, Virginia. Throughout the year the program received donations of equipment.  New Winston and Orvis Hydros rods, reels, tying materials, tools, vises, etc.  At this fly tying session we presented each veteran with a free raffle ticket, then began drawing names where the winning number could pick from the large array of prizes.  Every participant received two or more prizes by the end of the raffle.

The raffle was followed by the monthly fly tying session focused on tying winter flies.  There were three tables:  One for winter caddis and green rock worm, another for pheasant tail and hotspot nymphs, and a third for olive woolly buggers. The turnout for the session was one of our largest with 33 attending.  All participants were visibly surprised by the amount and quality of the prizes.  The most special moment was when a newcomer attending his first PHWFF meeting won the top prize of the Winston Fly Rod and reel! Lastly, one of the tying instructors was new:  a disabled veteran participant turned woolly bugger instructor.

As always, we would like to thank the DAV for allowing us to use their large Community Hall for our meetings.  Plus, we’d like to thank the many individuals who donated items throughout the year.  Thank you cards were signed that evening and are in the mail. 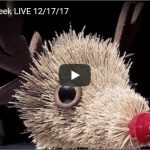 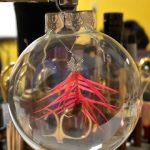