In December of 2022, the Fly Fishers Club of Pittsburgh formally recognized Amanda Thompson, Program Lead for Pittsburgh PHWFF with their Fly Fisher of the Year award at their holiday social on December 11, 2022. She was supported by a few of her program participants and volunteers.

The Fly Fishers’ Club of Pittsburgh is a group formed in the late 1940’s to early 1950’s by Bob Runk and it patterned after the Fly Fishers’ Club of Harrisburg, PA. That group was established in 1947 by legendary anglers and writers Charlie Fox and Vince Marinaro. The concept was based on the idea of an organization with no dues, no officers and no political agenda was appealing to many. Meetings were held as a clearing house of information and education on fly fishing techniques, fly tying techniques, waterways near and far and fly tackle.

Amanda has been a club member for some time and had the opportunity to present to the Pittsburgh group how her passion for both fly fishing and support for veterans led to her involvement in Project Healing Waters Fly Fishing (PHWFF). Her presentation afforded the club members with many insights regarding PHWFF, its mission, core processes and testimonials as to value of the organization in support of our disabled veterans.

Subsequent to her presentation, the club voted unanimously to present her with the Fly Fisher of the Year Award for 2022. 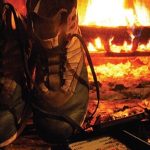 Happy Holidays!Announcements, In The News, Regional 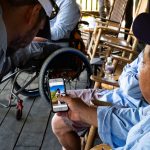 Join Project Healing Waters on LinkedIn!Announcements, In The News, Regional