The magnitude 7.0 earthquake shook us on November 30th along with over 3,000 aftershocks this past week; however, that didn’t curb everyone’s enthusiasm to gather for our annual Holiday Celebration Potluck and Awards Ceremony in Anchorage at the Elks Lodge on December 6th.  Wasilla program participants and volunteers drove 40 to 75 miles through snow, rain and sleet to attend the event and rally around individuals who suffered significant damage.  Sixty individuals attended the event to honor “Participants” and “Volunteers” of the year. The following awards were presented. Marcos Rico received the Participant of the Year Award Leslie Hollland-Bartels received the Volunteer of the Year Award Damond Blankenship, who has been actively volunteering for PHWFF for the past nine years, was awarded a United States Air Force Combat Sortie Flag from Operation Enduring Freedom.  It was flown aboard a United States Air Force A-10C Warthog assigned to the 354th Expeditionary Fighter Squadron, Bagram Airfield, Afghanistan December 19, 2012.  The Flag was flown in Honor of “The Dedicated Supporters of Project Healing Waters Alaska.” 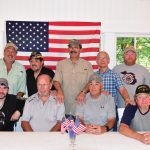 The fabled Flint Rainbow Club provides the outing of a lifetime for PHWFF veteransAnnouncements, In The News, Regional 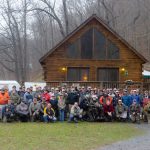