On Saturday June 17, 2017 the Indian Head Center for the Arts and Black Box Theatre will present “Comedy for a Cause” – an evening of comedy in support of Project Healing Waters Fly Fishing and the veterans we serve.  The evening will begin at 7:30pm and feature Jared Stern and headliner Mike Aronin for a night of laughs in Indian Head, MD.  Tickets are only $20 for this fun evening being generously held in support of our cause.

Headliner Mike Aronin is a nationally acclaimed speaker who teaches his audiences how to get past personal shortcomings and move forward productively in their careers. Being both a comedian and motivational speaker, he is able to make this difficult topic both entertaining and enlightening. Michael was a co-star in the Comedy Central TV show “Special Unit” and appearing soon in a feature movie with Christopher Titus.

Featured comedian Jared Stern has been making complete strangers laugh at him for over a decade, from humble beginnings at a hole-in-the-wall club in Baltimore. During his career he has performed with Louis C.K., Judah Friedlander, Richard Lewis, Tom Arnold, John Witherspoon, Jon Lovitz, Emo Philips, and Caroline Rhea. He was voted the 2013 Best Comedian in D.C. by the readers of the Washington City Paper. You can hear his comedy played on XM Radio or look for his monthly humor column, “What the Hill?” in the Hill Rag.

The Indian Head Center for the Arts and its Black Box Theater in Indian Head, MD is dedicated to the cultural advancement of the region by providing a broad spectrum of performing arts programs. The Center encourages community interaction, supports economic development, enhances educational programs and provides a variety of opportunities for our residents and businesses. To learn more, visit their website at www.indianheadblackbox.org 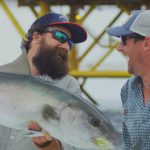 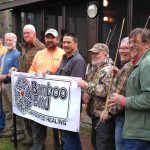