On February 3, 2018 the Capital District Fly Fishers and VFW Post 8692 of Colonie New York held a Fly Tie-A-Thon at the post for the benefit of Project Healing Waters. This event was the culmination of members of both organizations wanting to do more for veterans. The Veterans Administration has realized the benefits of fly fishing and fly tying as therapy for veterans.
This event was the vision of club member Ronald Dingman and was quickly endorsed by members of CDFF & VFW Post 8692. He had seen a presentation about Project Healing Waters and wondered if there was something we could do to enhance the participants experience. In this program almost all necessary equipment is supplied but we noticed that flies were never mentioned.

When CDFF approached the VFW Post to get involved, they quickly agreed and not only donated the use of the Post facility they gave a nice financial donation to start things off. From there the planning began. We got a printer to donate posters, a few sandwich shops to donate lunch and a club member volunteer to make some soup to go along with the sandwiches. To encourage tyers to come and tie, we drew on supplies of club fly tying materials used in our fly tying classes. We also had a need for hooks. Once we put the word out, donations from fly shops and national fly tying supply companies came in. Most veterans who partake in a Project Healing Waters, stay with fly fishing so we decided not only to provide the flys, we purchased custom fly boxes that were embossed with the names of the Capital District Fly Fishers and VFW post to present the flys in. To make the event more desirable to attend, we were approached by several individuals who, were not fly tyers, but wanted to donate. We wound up with a fly rod, fly reel, fly tying vise and art work from a well known local artist which were used for door prizes for the participating fly tyers.

When the day came we knew that we would have close to twenty folks coming to tie flies. In actuality thirty folks arrive and most of them came and  tied flies for the entire day. The event was quite fruitful as the tyers produced nearly 60 dozen flies. We were also taking fly donations from others who could not attend or just wanted to contribute. One of those donations was rather large, William Donato, a retired commercial fly tyer, gave 1,224 flies (102 Dozen) as he was down sizing his collection. Another prolific tyer, Rodney Priddle, gave us another 470 (39+ Dozen) flies. There are fly donations still coming in, and we are happy to report that the total is now over two hundred (200) dozen flies for our efforts.

The one question that came from the tyers in attendance was “When are we going to do this again?” As a result, we will be making this an annual event! This event proved to be both fun and fruitful for everyone. Many thanks to both the members of the Capital District Fly Fishers and VFW Post 8692, Colonie NY. For further information contact info@cdflyfishers.org 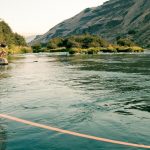