Bill Campbell of the PHWFF Tidewater Virginia Program recently penned a beautiful, reflective piece on his friend “Walter” – a veteran and PHWFF Participant.

Through Walter’s story, Mr. Campbell eloquently relates the bumpy road to recovery faced by many injured and disabled veterans nationwide and how through friendship, angling, and community support that road can become smoother and more easily navigated. We’re honored to share Mr. Campbell’s words with you. The first time I met Walter was on the phone. I knew, just by talking to him, that he had had a rough time of it. When I told him about the trips we take to go fly fishing, he sounded nervous and told me he’d have to make sure his wife knew all about the things we did and where we went. She’s his legal guardian.
Later, I found out Walter hadn’t left his house except for doctors’ appointments and therapy sessions in the past eighteen months. Despite that, he really enjoyed talking about fishing and as we talked I found out he was originally from a small town in New Hampshire not far from where my wife’s family lives. This common bond, especially the fishing part, helped us get through the awkward parts of a new relationship. Walter soon agreed to come to some of our meetings. When I first saw him, he was really shy and let us all know he had a tough time with crowds. Get him talking about fishing though, and all his shyness and discomfort vanished. It was quickly replaced by this kind, genuine man with a big, warm smile. His wife told me he’s a big Teddy Bear once you get to know him.

Gradually, he opened up during our meetings. He was willing to go fly fishing anywhere, anytime, and it didn’t matter what for. We live in an area that has some fine saltwater and warm water fishing and we’re not too far away from the mountains to make routine fishing trips for trout. Walter had fished for trout a lot in his native New Hampshire and because of this experience, he was ready to go on trips immediately and took to our fly tying classes too. In fact, someone brought a book on flies and tying recipes to one of our fly tying marathons. Walter thumbed through it and pointed to the chapter that explained how to tie Muddler Minnows. I told him that wasn’t a basic pattern and that it used some techniques (spinning deer hair) we hadn’t taught yet. It didn’t matter to Walter. He wanted to tie a Muddler Minnow, and by God, he did. Both of us were very proud of that fly that day.

On one of our overnight trips, Walter shared his entire story with some of us including the final straw that caused him to snap. It was obvious to me that his PTS had existed for a long time but this one incident had caused it to explode and brought it to the attention of others. This event was what caused him to be medically retired from active service. I remember wondering if I would have done anything different under the same circumstances. I still get this heavy feeling in my chest when I remember what he shared.
We were staying in a large cabin that accommodated our whole group on that trip. I had decided to pitch my brand new tent in the front yard and try it out for the first time since the weather was so beautiful. Every morning I would wake up early to put on the coffee and make breakfast for our crew. The morning after Walter shared his story, I went in the cabin well before sun up and found him sleeping on the couch. The first thought that crossed my mind was “What could happen if I startle him and wake him up unexpectedly?”. Truth was, I was scared of what might happen. I crept as quietly as I could into the kitchen, closed the door, and went to work. Over breakfast I told Walter about what had happened, what had gone through my mind, and that I hoped I hadn’t disturbed him. He told me I had woken him up and that he was as scared as I was, not recognizing me. We both got a good laugh out of that one.
Walter progressed quickly in our Program. Day trips, overnight trips, warm water, salt water, trout, it didn’t matter to him. Like I said, he’d fish anytime, anywhere, and his wife tells me it seemed to be helping him a lot. I’ve also heard from the two of them that his therapist sees a marked improvement.
We went for the ‘big time’ last summer with Walter. When the announcements came out about our national trips, I asked Walter if he was ready to go on an extended trip. He immediately reverted back to that scared, shy guy and told me he definitely couldn’t handle the crowds or airports. I asked him if he thought he could do it using the buddy system and he said he was willing to try. He had fished a lot with Steve, one of our other participants, and they got along well with each other. I arranged for the two of them to go to Canada together to fish for Atlantic Salmon. When they got back they had not caught a single fish because of the water conditions but it was weeks before they quit telling stories and showing pictures from that trip. It was a huge success. Last winter Walter started helping out with our sponsoring fly fishing club, the Bill Wills Southeast VA Chapter of Trout Unlimited, during their annual public education seminars. They put on these seminars once a month to introduce anyone interested to the sport of fly fishing. It includes a fly tying demonstration and instruction. I watched Walter teaching young children how to tie Wooly Buggers and once again, I had a feeling in my chest because of Walter. The difference this time was that this was a feeling of warmth that just spread throughout my entire body the more I watched him. He was having a great time and so were those kids.
Walter is a very special person but his experience isn’t unique. Sadly, there are many others out there just like him. Many who never get the chance to reconnect to what they love that might bring them back to all of us. Walter was a Warrior when he needed to be, serving his country, and glad to do it. I’m overwhelmingly grateful that I get to welcome him home, thank him for his service, and be one of those who helps him to heal. We both grow from our time together more than either of us realizes. Walter and I had the chance to fish together a couple of months ago. We traveled to the southwestern part of Virginia to fish in a small Program event. It was a wonderful event with gracious hosts and a great time, even though we only caught one fish. After we were done on Saturday afternoon we headed towards my home town a couple of hours away where we had planned to spend the night with an old friend of mine, fish for some of the local catfish on Sunday morning, and then head home. We were both excited about this extension to the trip, especially the opportunity it gave me to introduce Walter to my friend I’d known for more than fifty years and fished with for more than thirty.
As we drove across the scenic back roads of Virginia we talked about family, fishing, friends, fishing, and everything or anything that came up. At one point, Walter asked me “Did I ever tell you what I did when things got the darkest?”. When I said he hadn’t this is what he told me:
“At one point, the nightmares, the voices, it all just got to be too much for me. I decided I just couldn’t take it anymore. One day when I was at home alone, I knew I’d had enough. I sat down at the table with my service pistol and a full clip. (Note: This was a semi-automatic Beretta 9mm pistol with a 15 round clip).
I racked the slide to put a bullet in the chamber and put the barrel to my temple. I pulled the trigger and heard the click of the hammer. I remember thinking I must have a bad bullet so I racked the slide a second time, put the barrel to my temple again, and pulled the trigger again. I heard a second click. I was getting very scared by this point and there were tears streaming down my face but I racked the slide a third time, put the gun to my head, and pulled the trigger one more time. I heard a third click. I couldn’t believe the gun hadn’t fired three times in a row but I was really scared now and didn’t know what else to do so I laid the gun down and dialed 911. When somebody answered I just remember telling them I needed help.”
The whole time Walter was talking I was driving. I have no idea how I kept my truck steady on those narrow little back roads. What I did know was that I had chicken skin all over me, goose bumps on goose bumps, or whatever you want to call it. He’d told me this story so matter-of-factly I wondered if he realized what a miracle it was he’s still alive. So I asked him. “Walter, do you realize what the odds are you would have three bad bullets in a row in a full clip? And that they would be the first three?”. He just shrugged his shoulders. Seems all three had bad primers. I went on to ask him if he thought maybe there was some reason he hadn’t died that day and if he realized he must have something left he needed to do. We agreed that was his truth and changed the subject.

I still get chicken skin when I think about that story and I look at Walter with different eyes these days. I watch him smile, joke and laugh, and am so grateful I get to share this life with a walking, talking miracle. Every time someone tells me “Thank you for what you do” I think about all the Walters I know, some of them Janes, and the stories they tell. I think about how much my heart swells just being around them and watching their appreciation for the simple things in life. I really do believe I’m the one who should be saying Thank You. 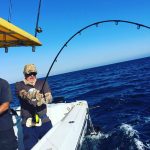