Each year, the North Carolina Region of Project Healing Waters Fly Fishing recognizes one veteran participant who has caught the PHWFF vision and made it their own. We are pleased to announce that Jerry Franks, Petty Officer Second Class, US Navy (ret) of the Winston-Salem, NC Program has been selected as the 2020 Participant of the Year for North Carolina.

Chris Wikel, Program Lead for PHWFF Winston-Salem shares a bit about Jerry Franks and his passion for PHWFF below:

“Jerry was born in Waterloo, Wisconsin spending his early years enjoying fishing and hunting, recalling that he always wanted to learn to tie flies. He joined the U.S. Navy in 1968 after high school and served Honorably, including a tour in Vietnam, discharging in 1972. Jerry also served in the Naval Reserves for several years. He then met and married for 43 years, June, the love of his life and Guardian Angel.  They raised a family of 7 in Mt. Airy, NC and have added 18 grandchildren and 25 Great grandchildren. Jerry says that his family is his greatest accomplishment. Sadly, June passed away from Pancreatic Cancer in 2017. His rock was gone, his protection against PTSD and the nightmares left with her.

In mid-2018 Jerry came across a flyer about a Program called Project Healing Waters and immediately reached out to Roy Davidson. Since joining Jerry credits the Program with bringing a new energy back in to his life, allowing him to regain control of his PTSD, something his family is very thankful and appreciative for. The fellowship, friendship and comradery that he has found in PHWFF is just what he needed. He volunteers his time at the elementary school where 2 of his Great grandchildren attend. He can also be found at Blue Ridge TU events to include their semi-annual local Stream Cleans on the Mitchell and Ararat Rivers

Jerry has jumped in to fly tying (a dream as a young boy) and had a submission in the 2020 Fly Tying Competition. He also built his first rod in 2019, entering it in the National Competition. If there is a class, whether it be fly tying, rod building, casting or education, without a doubt you will find Jerry in attendance. And thinking back to when we could meet in person, he would often bless the group with one of his home baked dessert specialties, our waistlines are proof of how good they are, Yummy!!

Over the past year and a half, Jerry’s behind the scenes involvement has been clear for anybody who pays attention. Jerry has filled up our “loaner fly boxes” for newer participants, with an extensive selection of fly’s that are sure to catch fish in our local waters. While he works behind the scenes procuring fly tying supplies and other items needed by the group, his genuine and heartfelt outreach to and for, his fellow Veterans has shown what really makes Jerry tick. He has a knack of finding those in need and ensures that they are taken care of! In his own words he states “in PHWFF I found what was missing in my life and for that I am forever thankful”. His Pay It Forward approach is a great template for how to live your life! We are truly honored and blessed to have Jerry in our PHWFF Winston-Salem family!!” 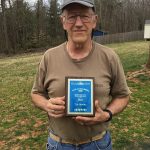 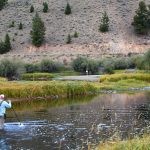