PHWFF veterans and volunteers invade North Georgia (and a good time was had by all!)

During the period November 2 – 4 a combined outing of PHWFF Atlanta and PHWFF Ft Stewart was held in the Unicoi State Park and Helen Area. The combined trip came about as a result of Michael Alexander, one of the veteran participants, having a relationship with PHWFF Atlanta while he was enrolled in the Shepherd Spinal Center SHARE Military initiative. That experience with SHARE and PHWFF Atlanta prompted him to start a new PHWFF Program upon his return to the Ft Stuart. Unfortunately trout fishing in the Ft Stewart area is, let us say, extremely limited. Consequently, a request was made to PHWFF Atlanta and subsequently accommodated to form the basis of a joint outing. The group consisted of 6 PHWFF veteran participants from Atlanta and 3 from Ft Stewart, none of whom had trout fishing experience. They were accompanied by 4 PHWFF volunteers from Atlanta, 1 from Ft Stewart as well as volunteer Jeff Durniak.

We took advantage of the Unicoi State Park Adventure Camp located on Smith Creek. This allowed the group to stay together and greatly simplified coordination. We can’t say enough about the positive experience at Unicoi. The staff, accommodations, food, and service were excellent in every way. Following late check in on Friday an on stream tutorial was provided for the vets to help prepare them for the following day. Topics covered included small stream casting techniques, some basic knots, reading the water, wadding techniques, fly selection and safety. The tutorials were conducted by the volunteers.

A beautiful day on Saturday provided for a morning and afternoon fishing sessions where small groups of vets were accompanied by volunteers as guides and instructors. While there was no question the trout were present, the fishing was a bit difficult. Pods of trout were seen from the dam down past the water treatment plant. The good news is that each of the vets caught something. Some more than others which established bragging rights for some. As a surprise to the volunteers the vets decided a camp fire was appropriate Saturday evening following dinner. The volunteers were not involved. We understand that lots of stories were told and relationships formed. Those that have sat around a camp fire will understand. 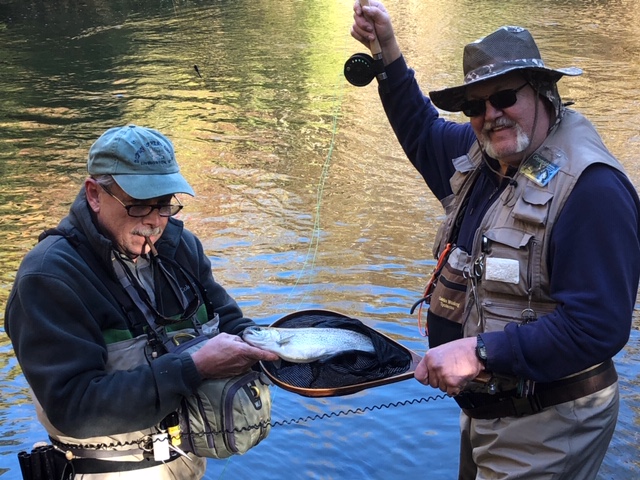 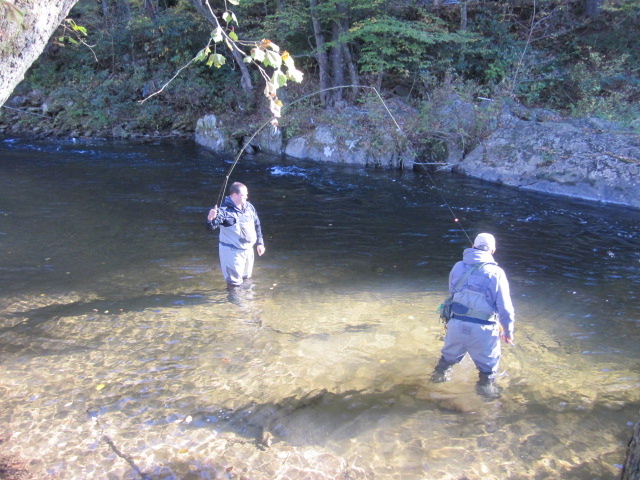 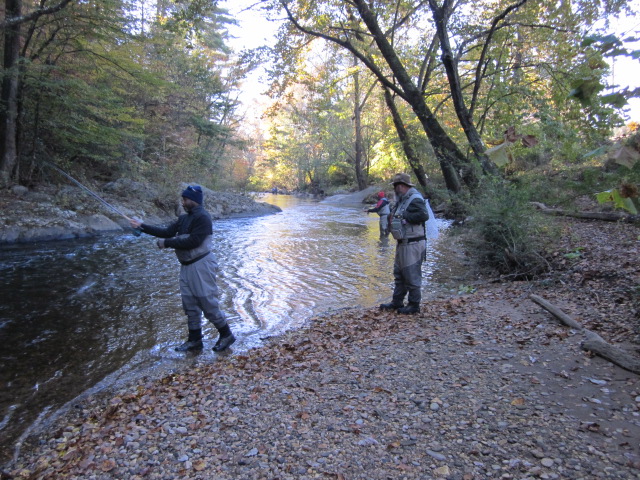 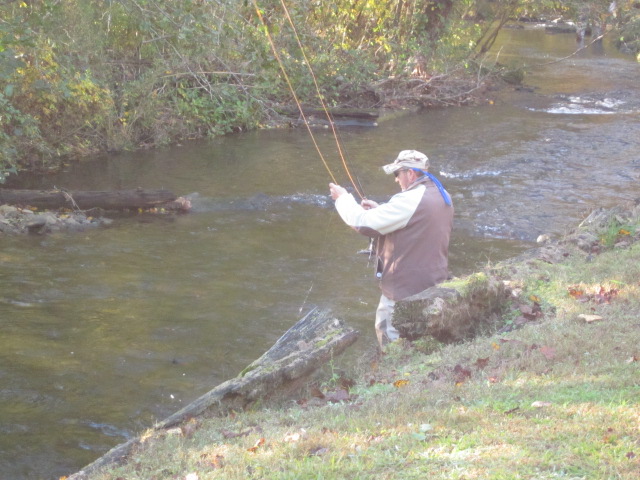 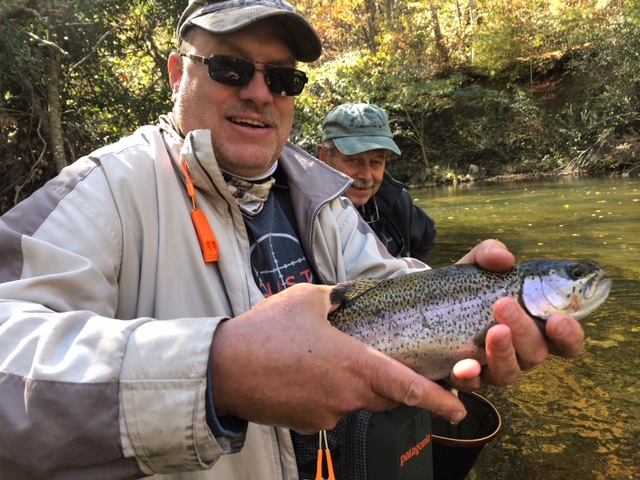 On Sunday morning we were allowed, as the guest of Unicoi Outfitters, to fish Nacoochee Bend. The vets were accompanied by Unicoi Outfitters professional guides and PHWFF volunteers. It is factual to say that each participant caught the largest trout of their lifetime. All participants were able to get into multiple fish. We owe a debt of gratitude to Jimmy, Jake, the guides, and the staff at Unicoi Outfitters.

This was one occasion where things just came together; the weather, the accommodations the water, the trout and all the people involved. As we indicated, “A Good Time Was Had By All”. 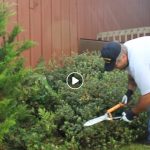 Giving Back at the Catskill Fly Fishing Center and MuseumRegional, Southern New York 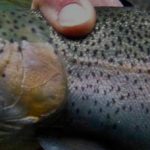