On October 23rd and 24th, 2021, the West Virginia region of Project Healing Waters Fly Fishing, Inc. (PHWFF) held its first ever Eric Workman Memorial Musky Tournament. The Eric Workman Memorial Musky Tournament was started in 2013 by the family of Trooper Eric Workman, who was tragically killed in the line of duty in 2012. When the family decided to discontinue doing the tournament as part of the Trooper Eric Workman Foundation, they graciously turned it over to PHWFF in West Virginia, as the region had been a recipient of tournament proceeds in the past. PHWFF WV was very honored to carry on the tournament in Eric’s memory. The tournament made just over $2,000 for the PHWFF WV region and the participants in our programs.

Along with the tournament, we held an online auction supporting the tournament. We had many wonderful items including home decor, musky baits, and even a trip to Argentina.

We had wonderful sponsors who helped made this tournament successful. The sponsors include:
The Trooper Eric Workman Foundation
Ohio River Outdoors
Serenity Now Outfitters

We also had many individuals donate items for the auction, including a participant who made wooden crosses and wooden West Virginia plaques. Additionally, Skyline Resort in Ghent, WV, provided lodging for the overnight outing and food for participants and volunteers.

“As Eric was a buddy of mine, and meant so much to West Virginia and the outdoorsmen community, I was honored that the Workman family chose PHWFF to carry on the tournament in Eric’s memory,” said Bubba Holt, PHWFF WV Regional Coordinator. “We could not have had this successful tournament without the support of the Workman family, and all of the additional support from our volunteers, participants, and everyone who graciously donated to our cause. I only hope that Eric was proud of this endeavor, and we look forward to an even bigger and better tournament in 2022.”

To keep up with all of the news happening in the West Virginia region of PHWFF WV, like our Facebook page at https://www.facebook.com/PHWFFWestVirginia. 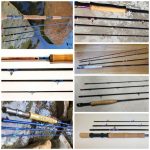 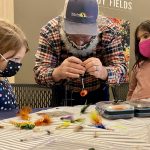