Larry Allen Drake, 74, passed away Thursday October 20, 2016. Larry proudly served his country in the Air Force for four years then went on to retire from the Army Reserves after 30 years. He was a faithful member of Parkland Baptist Church and volunteered as “Larry’s mentoring of veterans, particularly those in distress was exemplary.  He was a fine man and his leadership will be greatly missed.” – Kevin Ramsey, Regional Coordinator Kentucky-Ohio

“Larry was such a great proponent of PHWFF and the work he has done has made a great difference in the lives of some of our soldiers and veterans.” – Steve Thompson, Deputy Regional Coordinator – Tennessee Valley

“Larry was a very hard worker for PHWFF while I was RC for TN, KY and AL. He restarted the WTB at Ft. Knox until they shut it down. If you all only knew how hard he had to work to get into the Louisville VA to allow us to have classes. It’s a sad day for the Louisville program to lose a great person like Larry. He will be greatly missed.” – Bill Coyne, Deputy Regional Coordinator – Tennessee Valley

Our deepest condolences to Larry’s family, friends, and all those who were touched by his generosity, spirit, and selflessness.  He will be missed. 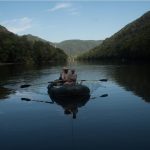