Herb F. Wolff is the Southwest Region’s Participant-of- the-Year for 2017. He joined the Redding, CA PHWFF program two years ago after hearing about the organization during his visits to the
VA Outpatient Clinic.

Herb served in the Army from 1968 to 1970 aboard river boats, PBRs, in the Mekong Delta in Vietnam achieving a rank of E5. After his military service, Herb attended college for an AA degree and then became a CHP officer for 17 years. During this time, Herb obtained the rank of sergeant, was a motorcycle officer in Los Angeles and even appeared in two episodes of the television show “Chips.” Due to an injury, Herb retired from the CHP, returned to school before a second career as an elementary and secondary school teacher before being forced to retire due to service-connected health issues.

Herb enjoyed fishing as one of his chosen pastimes but was not a fly fisher until he joined the Redding CA PHWFF program. Since then, he has become an enthusiastic member of the fly fishing community and thoroughly enjoys the art and science of fly fishing. He is open, jovial, outgoing, and fun-loving. His positive attitude about the sport and life in general is infectious. He willingly gives of his time to the PHWFF program and accepts responsibility for fundraising and other program challenges as they occur. His friends and family have noticed a significant positive change in his attitude since joining the program. Herb himself has expressed the welcome change being involved in PHWFF has made in his life. 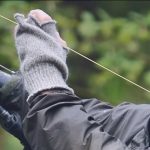 For a good cause — The VEDAVOO Reel Service Project IVAnnouncements, In The News, Regional 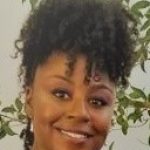