This January, the Ft. Lewis Program completed a trip to Washington’s Olympic Peninsula for Steelhead fishing.  Our winter weather was not all that cooperative, however, that’s fishing in a coastal rainforest. There were high river flows all around. Anyone familiar with winter Steelheading is familiar with this scene; waiting on river flows to settle to give you chance to hook one of these amazing fish: Water levels finally dropped enough for us to get out and fish on Saturday, January 25.  The Hoh, our target river, was about 12,000 cfs, though!  All other rivers in the area were also high, however, our intrepid guides headed out in the morning to try to find some “green” water.  They returned late morning to report they had found some fishable water, so we headed out to give it a go. The rivers conditions were too swift to float safely, so we split into two groups – a swinging group and nymphing group, to do some bank fishing. We humped into the upper reaches of the Calawah & Bogachiel Rivers. Unfortunately, only small Steelhead were caught.  We wrapped up the day as the early setting winter sun went behind the mountains. It was time to dry out, eat some chow, get some sleep, and prep for tomorrow’s float. The rain continued throughout the night, so our float plans were somewhat foiled. One group did get out, more so as a recon party to gauge float conditions. They put in at Riverside, on the Sol Duc.  The rest of us bank fished again and hammered the upper Calawah & Bogachiel again. We again humped the trail back towards the Olympic National Park and fished from the park boundary downstream. This was a lot of fun and I saw some real beautiful scenery. Not a whole lot of people take this trail, so there’s not much pressure on that stretch of the Bogey. Mainly because it’s heavily vegetated, involves some walking, and bushwhacking. It’s Bigfoot country! We got to a few nice nymphing stretches, but again, no takers.  My partner hooked one fish – not big – probably a small Steelhead or big cutty.  The old saying of trout only live in beautiful place is definitely true! The Olympic rainforest is an amazing place, green, wild, with a lot old growth Douglas Firs. We all had a good time, great fishing, even if the catching was minimal. Oh BTW, our floating crew did hook one nice Steelhead, it bent the rod, peeled line, heated up the drag, and then promptly broke the leader. All in all, it was great to get out and a good time was had by all. As for the conditions we faced, that’s fishing Washington’s peninsula, you need to be prepared to face such conditions. I think most Steelheaders would laugh when you tell them Muskie are the fish of 10,000 casts. I would like to especially thank our guides for this trip, they all donated their time to make this trip the best that it could be.  Our lead guide was Keith Allison, from Chrome Chasers Fly Fishing. We also had Larry Ford, Blue Heron Guide Service, David Buckingham, Wonderlust Anglers, LLC, and Reed Teuscher, Fishing Manager for the Orvis Seattle and Bellevue stores.  They did a fantastic job! 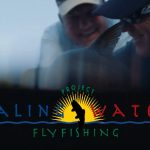 Sgt Charlie Trawick experiences the trip of a lifetime in the Florida Everglades (VIDEO)Announcements, Florida, In The News, Regional, Tennessee-Valley 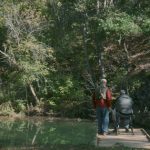 The Waters That Heal Us (VIDEO)In The News, National Capital, Regional