Maxine and Glenn McCormick are in Long Beach for the ACA Southwestern Casting Tournament, February 16 & 17.  They spent some time with Head Judge Mark Tsunawaki and Casting Competition Chair Carole Katz to discuss their participation in the Second Annual PHWFF Casting Competition.

We are very pleased to announce other well-known judges:

Bring some of your participants to the FFI Expo in Bozeman this July so you can meet and learn from these extraordinary fishers, casters, educators.   We are so fortunate to have their support. 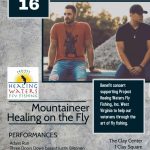 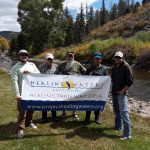