In the early spring/late winter of 2012 Ed Veaudry saw a poster in the VA Hospital in Syracuse NY offering free fly tying to veterans. Jumping at the chance he attended a session and the rest became history. Dan Morgan was the Program Lead at the time and was assisted by three seasoned fly tiers and fly fishermen. It soon became evident Ed could be involved as a participant/volunteer using his skills of communicating to the staff, volunteers and participants on a weekly basis about the time, place and what the program was doing that week. As Dan Morgan became more focused on a national level Ed moved into a role of leading the program and eventually became the Deputy Regional Coordinator for the NY/NJ Region. In this newly formed region Ed has assumed the position of Regional Coordinator for the Northern NY Region. Ed stepped down from that position in December of 2018. He now is back and at the helm of the Northeast Region and looking forward to his role and helping to serve or disable veterans and service men and women.
Ed grew up in Syracuse NY, where trout fishing is at it’s finest. Upon completing high school he enrolled and graduated from Simmons School of Mortuary Science. Soon after completion of his studies, Ed was inducted into the US Army. He served a tour of duty in Viet Nam, and was the NCO for a platoon of Graves Registration, supporting the 1st Air Cav and 173rd Airborne Brigade.

After discharge, he went on to obtain a degree in Respiratory Therapy and later on had a calling into ministry, serving 10 years as a part-time Methodist Pastor while continuing his profession as a respiratory therapist.  As he tells everyone “I can save ya, save ya and bury ya”

Ed retired after 40 years in the medical field and ministry and has been devoting his time to fly-fishing and fly tying. He and his wife Jeri enjoy traveling and continually trying to empty their ever filling bucket list. 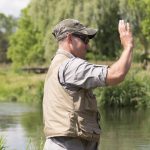 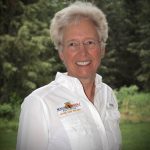