Kendyl T. Hanks is an appellate litigation shareholder with Greenberg Traurig in Austin, Texas who represents clients in courts throughout the country. She has been recognized by her peers as a top woman lawyer in New York and a top appellate lawyer in Texas. A native Texan, Kendyl graduated from Princeton University and the University of Texas at Austin School of Law.

Outside the courtroom, Kendyl spends time advocating for women lawyers (she is a co-founder of the popular Twitter group @LadyLawyerDiary), speaking to law students about diversity and appellate practice, and fly fishing with her family. Kendyl joined PHWFF to honor her family’s long history of military service, including both of her grandfathers who served as pilots in World War II, and because of her love for the sport of fly fishing and its power to heal. 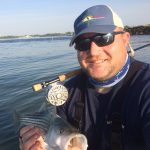 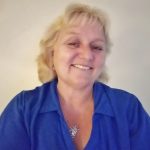