Rich LoBianco was one of a group of individual’s who started the Indianapolis, Indiana PHWFF program eight years ago. It was a humble beginning with two veteran participates attending at out first fly tying class held at the Indianapolis VAMC but quickly grew to be the strong program it is today.  Five years ago, Rich became the Program Lead and put a focus on building relationships within the VAMC which included Chaplin Services, Medical Media, Head Clinicians and attending every open house held at the VAMC. He takes every opportunity to speak in front of a group or organization about PHWFF and the work we do.. “I am very passionate about our program , veterans and PHWFF.”

Rich recently retired from a career with a major insurance company.  During his tenure he held various management positions and his last position was managing the states of Indian and Ohio.  He lives in Indiana with his wife Eileen, son and two grandchildren. 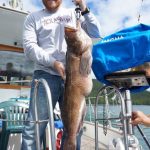 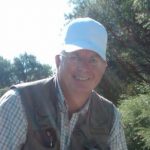