Tyler Sparrow is a Senior Attorney, Litigation & Regulatory Counsel for The TJX Companies Inc., the Fortune 100 parent company of T.J. Maxx, Marshalls, HomeGoods, Homesense, and Sierra stores.  Prior to joining TJX in 2017, Tyler was a Senior Associate at the international law firm WilmerHale, and before that a Law Clerk for the Hon. Richard J. Leon of the United States District Court for the District of Columbia.

Tyler was first introduced to fly fishing as a boy by his father, trolling for native brook trout in northern Maine. After being away from the sport for more than a decade, Tyler finally picked a 5 wt. back up and quickly realized what he’d been missing. Tyler’s passion for fly fishing continues to grow, with most of his free time now being spent either at the vise, chasing freshwater species around his home west of Boston, or exploring the Rhode Island and Massachusetts coasts in search of striped bass, bluefish, and albies. 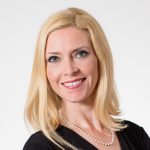 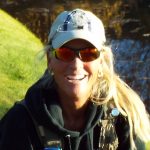