By Daniel Morgan
April 4, 2017
I am pleased to announce the appointment of Thom Wheeler as Program Lead at our McGuire VAMC Program in Richmond.  Thom had been serving as an Assistant  Program Lead and providing excellent leadership in that role and has agreed to step up to Program Lead upon word that Steve Lewis had decided to step down from that role after several years of leading the program.   I thank Steve for his fine service.  Steve is also a ten year volunteer in the program.  Steve plans to continue to work with the program regularly as a volunteer.  Please join me in congratulating and welcoming Thom in his new role after 10 years of volunteering in various roles in the McGuire Program. – Ray Babineau, Regional Coordinator

Thom Wheeler is a U.S. Army veteran.  After his service, he became engrossed in fly fishing.  Living in New York, he honed his skills on the Catskill and Adirondack waters before moving to Virginia.

Thom has been a ten year plus volunteer for Project Healing Waters Fly Fishing. He began when the VAMC McGuire program, in Richmond VA, was established. With rare exception, Thom is always present at sessions. Week after week, and year after year, he has taken on numerous roles with a smile and always follows through on the things that need to be done, without needing to be asked, and sees them through. 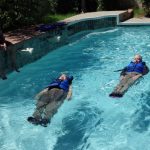 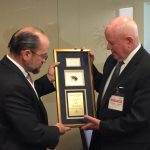