The 5th Annual Fly Tying Contest began on January 2 and concluded on September 15, 2017. During this time period, dozens of amazing flies were submitted by veteran participants from across the country. Each fly was judged by a fly-tying panel comprised of PHWFF volunteers, celebrity fly tiers and professionals. Out of the many incredible flies entered, a total of 5 finalists were selected. Each of the finalists are invited to attend the International Fly Tying Symposium at the  Marriott Hotel in Lancaster, PA November 11-12.  Specialist Jeremy Bristol received Honorable Mention in the 5th Annual Fly Tying Competition.  Click here to read about it

Born April 19th 1979 in Morganton North Carolina. I grew up in a very rural neighborhood with two older sisters and three older brothers. When I was a kid living on the farm with my family we enjoyed all the luxuries that most poor families did in those days from hunting and fishing to raising our own beef and pork, chickens, goats, eggs etc. My mother worked several jobs that would allow her to be as involved with my life as possible and my father worked as an electrician. When I was old enough I attended elementary school at Glen Alpine Elementary School in Glen Alpine North Carolina where I was not only educated in math, science, and social studies but also in growing friendships as well. When I got older and out of school I started working with family full time as a commercial painter and also as a builder which I did for several years until I decided to follow my love for food and cooking for others and took a job in a pizza restaurant. After a few years, hard work and a couple of dining establishments I found myself in a top position at a five star restaurant preparing meals for some of the top names in Hollywood. While working in Florida I decided to move back home to be closer with my family and my dad whom had developed  cirrhosis of the liver which eventually led to his death and after his passing I decided I needed a career which led me to enroll in local college back home. While attending school I met who is now my ex-wife and got married and moved a short distance away in a town called Old Fort North Carolina. After graduating and realizing that there were no jobs in my field of study I decided to enlist in the army, made it through basic then AIT and got to my first duty station at Fort Bragg. During my years at Bragg I made and lost many friends, deployed and received a lot of great training, got remarried, and another degree but got injured and after 5 years got medically separated. After getting out and moving home I developed PTSD with major anxiety and battled depression and all the other great symptoms of traumatic life changing events, dealt with drug addiction and an unhappy wife who had also been dealing with the effects of my illness. Then I met the guys from PHWFF and met with them weekly and got more and more involved with the program. Now I have a new outlook on life as well as a lot of great friends and some great fishing adventures. 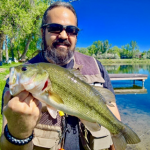 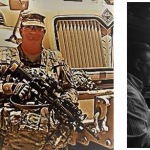