On March 30, 2017 PHWFF Founder Ed Nicholson was named President Emeritus of Project Healing Waters Fly Fishing.  Although signifying Ed’s retirement from active participation on the Board of Trustees, his vision and leadership will continue to inspire thousands of volunteers and supporters through our mission and the deep, caring connections it fosters.  What began as sharing his favorite pastime on the lawn at Walter Reed Medical Center over a decade ago, has since grown to encompass over 200 programs serving over 7,000 active duty military and veterans annually.  Ed’s vision and leadership has positively changed the course of life for thousands of disabled veterans across the United States and inspired countless volunteers to dedicate themselves to “healing those who serve” in their communities through PHWFF Programs.  His contributions to both the veterans and fly fishing communities cannot be overstated.  We will forever be grateful and continue to follow Ed’s vision and mission of bringing our unique form of therapy to those veterans in-need of it:  “If we’re helping people adjust, adapt and get more out of life, that’s why we keep going” – Ed Nicholson.

As he has said on many occasions, the past 12 years of Ed’s life have been the most fulfilling.  As President Emeritus, Ed will be able to “get out from behind the desk more and fish with veteran participants across the country” he says, “that’s my favorite part — fly fishing with participants on our country’s beautiful waters.” To mark this special occasion, a ceremony and presentation was held during the PHWFF Board of Trustees meeting on March 30, 2017.  Chairman Bob Fitch and President and CEO Todd Desgrosseilliers presented him with a very special fly and plaque to recognize and commemorate his monumental contributions to our country and to those who have made sacrifices in its service.   The gorgeous, one-of-a-kind fly was conceived of, and tied by, world renown tier John Van Derhoof.  Forever named “The Captain Nicholson,” the fly is a work of art and a fitting tribute to a man who has brought healing and inspiration to tens of thousands of people over the past decade.

“It is an honor and a privilege to carry the torch Ed Nicholson has lit and passed down to us all at Project Healing Waters Fly Fishing.  The wisdom of Project Healing Waters Fly Fishing enabled me to see life from a wider perspective – one that I learned as a boy fly fishing with my grandfather– my strengths and weaknesses– my connections and dependencies– the important role we all play in a much larger story.  It brought life full circle for me and that’s the magic of Ed Nicholson’s vision.   It will continue to have a profound impact as we serve our Nation’s wounded, ill, injured active duty military and disabled veterans by providing physical and emotional rehabilitation in the decades to come.”  -President and CEO Todd Desgrosseilliers

“Ed will always be our Founder and the individual to whom we will look for inspiration and guidance.  We have established The Founder’s Circle to honor Ed and further his vision. It is a well deserved distinction” – Bob Fitch, Chairman PHWFF Ed was reared in Northern Ohio in the small town of Wadsworth. As a youth, he developed a love of the outdoors and could be often be found wandering the local fields and woods with his dog and gun. After graduating from the University of North Carolina in 1964, and receiving a commission as an Ensign in the United States Navy (R), he was off to sea on what he thought, at the time, was two years of obligated service. It didn’t take long for him to decide that life in the Navy was preferable to that of a high school band director and, in short order, he transitioned to the regular Navy, embarking on a career that he would follow for thirty years. Along the way, there was a succession of assignments, with duty on seven ships (culminating in commands of a destroyer and frigate); Post-Graduate School in Monterey, California; a tour in Viet Nam in the Mekong Delta, as a Riverine Advisor; a stint at the Naval War College in Newport, Rhode Island, where he earned his Masters in National Security and Strategic Studies; and ultimately, commands of two ordnance-related shore installations, prior to his retirement as a Captain in 1994.

Navy life didn’t allow for much time for the great outdoors, but in 1982 the Navy saw fit to send him to Idaho Falls for training.  That training was also fly fishing’s “briar patch” of the Snake River, Henry’s Fork, and the like. He now had his first fly rod, and started his passion for fly fishing.  Later, shore duty and his work as a civilian allowed him to pick up the pace of outdoor activities and with it, a rekindled affair with fly rods, shotguns, bird dogs, and time spent in the field.

After retiring from the Navy, Ed worked for ten years for Applied Ordnance Technologies in Southern Maryland, the location of his last duty station.  During that time, he worked as a Program Manager on various projects, and, prior to retiring, was a Director, managing offices in three different locations.

Ed’s own stay in Walter Reed Army Medical Center in 2005, presented him with a close look at the returning wounded from the conflict in Iraq (and later Afghanistan) and was the genesis for Project Healing Waters Fly Fishing (PHWFF).  A desire to offer fly fishing to recovering injured and wounded service members wanting to join him on outings soon (with the help of a great many others) blossomed into a project that now encompasses not only the recovering warriors of Walter Reed, but other disabled veterans in-need at over200 programs at Military and Veterans hospitals in all 50 states and Puerto Rico.  In recognition of the work PHWFF has accomplished over the past 10 years, Ed was selected as a CNN Hero in 2009.  In 2010 the National Consortium for Academics and Sports presented him with their Giant Steps Civic Leader Award.  In 2012 he was selected as a Purpose Prize fellow by Encore.org, and the following year he was honored as a recipient of the 2013 Purpose Prize. In March of 2014, Ed was recognized by Field & Stream magazine with a Hero of Conservation Award and that following August he was selected as one of Huffington Posts “50 over 50.”
.  Ed remains passionately involved in PHWFF and committed to helping our disabled veterans and service members enjoy a better life, through participation in fly fishing education and outings and, more importantly, in building lasting mentoring relationships that will follow them as they transition to civilian life.

Ed lives in Port Tobacco, Maryland with his wife, Leslie, and his faithful bird-hunting companions, English Pointers Ruby and Stella. 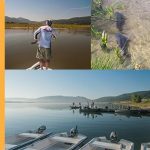 Carp Throw Down 2017 Throws Down for PHWFFAnnouncements, Southwest 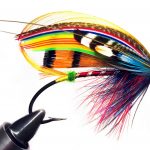 “The Captain Nicholson” by John Van DerhoofAnnouncements, In The News, Regional