Now in its 4th year, Healing on the Fly NYC is an evening in support of Project Healing Waters Fly Fishing and the thousands of disabled veterans they serve each year across the United States

LaPlata, MD – September 13, 2017 –  Project Healing Waters Fly Fishing (PHWFF) is pleased to announce that The 4th Annual Healing on the Fly NYC Gala Dinner and Auction is set to take place at 6:00 pm on October 3, 2017 at The Metropolitan Club.  All proceeds from the event will go towards providing the thousands of injured and disabled veterans served by PHWFF with the support they need on their journeys to recovery

Healing on the Fly NYC will feature a keynote address from Ed Hospodar, a retired American-Canadian ice hockey defenseman who played nine seasons in the National Hockey League, most notably with the New York Rangers.  He will be accompanied by his esteemed father, John Hospodar Jr., a U.S. Army veteran who landed on Utah Beach in Normandy, France on June 6, 1944 – D-Day – as part of the 90th Infantry Division (“the tough hombres”) and later participated in campaigns throughout Northern France, the Rhineland, Ardennes, Central Europe, and later, occupied Germany.

This lovely annual event is being co-chaired by two great PHWFF supporters and champions: Commissioner of Major League Soccer, Don Garber and Michael Bateman, Senior Vice President for Willis Towers Watson.  Thanks to their leadership, a very special evening has been planned to raise funds and awareness for this top-tier veteran service program.

For a little more than a decade PHWFF has focused on healing those who serve.  It is through the tremendous contributions of supporters and volunteers nationwide that PHWFF served over 7,500 deserving members of our armed services in 2016.  To learn more about the event please visit www.projecthealingwaters.org/fundraisers/healing-on-the-fly/ 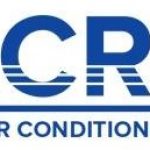 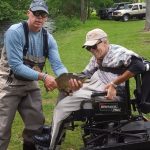