The 4th Annual Healing on the Fly NYC

The 4th Annual Healing on the Fly – NYC was held on October 3, 2017, at The Metropolitan Club in New York City.  The evening brought together New Yorkers, veterans, anglers, and advocates for a night in support of the thousands of disabled veterans served each year across the United States by Project Healing Waters Fly Fishing (PHWFF).  This annual event was co-chaired by two great PHWFF supporters and champions: Commissioner of Major League Soccer, Don Garber and businessman Michael Bateman.  Thanks to their leadership, a special evening took shape in the heart of patriotic New York City.

The evening began with a cocktail hour and silent auction held in the historic surroundings of New York’s famed Metropolitan Club.  It provided friends and colleagues, old and new alike, the opportunity to socialize before the dinner and evenings program began. At the conclusion of cocktail hour, the seated dinner and program began.  PHWFF Chairman Bob Fitch, serving as the evenings Master of Ceremonies, warmly welcomed those assembled and acknowledged PHWFF Board Members Adam Fliss and Alex Kinney for their championing our cause and the great efforts they made to bring the assembled community together at The Metropolitan Club.  Mr. Fitch took great care to focus upon the purpose of the evening.  “In 2016 alone, PHWFF Programs served over 7,500 injured and disabled veterans nationwide.  We’re proud of the tremendous work being done by our volunteers across the country, but we need to keep in mind that there are over 3.8 million disabled veterans and we are committed to bring our unique form of therapy to help heal all those who could benefit from it.” Following the Pledge of Allegiance, Chairman Fitch introduced SMSgt (ret) Bill Hayes, U.S. Airforce for the invocation.  In addition to his military service, Hayes served for two years with the New York City Police Department and 25 years with the New York City Fire Department.  Like over 18% of PHWFF Participants, Hayes began his involvement as a participant and has since become a volunteer and currently serves as the Regional Coordinator for the state of New Jersey. Once seated, PHWFF Founder Ed Nicholson was welcomed to the stage.  Reflecting upon the humble origins of PHWFF and its tremendous growth and impact nationwide, Nicholson echoed the sentiments of Chairman Fitch.  “It is our mission, our dedicated volunteers, and, most importantly, that we have a program.  Programs meet regularly over time, we don’t just take people fishing.  Over time, we build relationships.  It is here that much healing takes place.” “Ed Nicholson is a visionary. He is a compassionate, patriotic visionary. There is no one I can say I respect more than Ed Nicholson.” – Bob Fitch

Event Chairman Don Garber then thanked the many sponsors and supporters like Aon and TPG who helped make the evening possible.  His remarks touched upon sport, patriotism, and gratitude. “This is an opportunity for all New Yorkers passionate about sport and country.  An opportunity to show great gratitude for all those who served our country and the incredible work of Project Healing Waters Fly Fishing…this is a chance to help and give back.” – Don Garber, Event Co-Chair

A special recognition followed, with J. Curtis Boatman (Regional Coordinator of Georgia/South Carolina) taking the stage on-behalf of American Airlines.  We are honored to have been the beneficiaries of the generosity of American Airlines for the past years.  Their annual donations of one-million air-miles has greatly aided in the providing transportation to our veteran participants to-and-from Regional and National Destination trips — healing, restorative and once-in-a-lifetime fishing experiences.  Following his remarks, Keynote Speaker Ed Hospodar was welcomed to the stage.

Drawing upon his 9 seasons in the National Hockey League, Mr. Hospodar spoke of teamwork, sacrifice, and the lessons his father (John Hospodar Jr., a a U.S. Army veteran who landed on Utah Beach in Normandy, France on June 6, 1944 – D-Day – as part of the 90th Infantry Division) taught him. “It’s great to be a part of something so special.” – Ed Hospodar

President and CEO Todd Desgrosseilliers followed, sharing his greetings and thanks to all in attendance.  After recognizing the volunteers and participants in the room, CEO Desgrosseilliers remarked upon the core elements of the PHWFF Program: Fly tying, rod building, fly fishing, and education and the element that ties them all together: “Love. Of all the words we use, that is what our programs provide.” Continuing, he emphasized the importance of mentoring, concern, friendship and camaraderie within our programs and their volunteers — soon transitioning to a special recognition of New York City Volunteer Program Lead, and Healing on the Fly NYC Committee Member, Warren Stern, whom CEO Desgrosseilliers bestowed the PHWFF Distinguished Service Award upon. “Humble, authentic and a man of character and integrity; Warren Stern is one of the most selfless people I’ve met in a long time.” – CEO and President Todd Desgrosseilliers

Concluding, CEO Desgrosseilliers introduced LtCol (ret) Justin Constantine, USMC – the evenings final speaker.  In addition to his service and many accomplishments, LtCol Constantine is a Presidential Leadership Scholar and was featured in former President George W. Bush’s Portraits in Courage collection.  CEO Desgrosseilliers began his introduction by sharing a personal look at their unique bond and time together serving outside of Fallujah, Iraq: On October 18, 2006, during a routine patrol in the Al-Anbar Province, Constantine stepped out of his Humvee to warn a journalist about a sniper working in the area when the sniper shot him.  Assisted by then Lieutenant Colonel Todd Desgrosseilliers, Navy Corpsman George Grant performed an emergency tracheotomy on Constantine, and then Corporal Buhler risked his life driving over 70 mph to get Constantine to an aid station.  Through this powerful story and connection, Desgrosseilliers welcomed his “brother” to the stage to thunderous applause. Constantine spoke of resilience, facing and overcoming obstacles, and offered a inspirational message to all in attendance.  His powerful words moved all in the room — with thunderous applause and a standing ovation following immediately upon his conclusion.  “Thank you all for what you are doing for our nations veterans by being here tonight” – LtCol (ret) Justin Constantine, USMC “During an outing I took with PHWFF, there was a peaceful quiet on the water, camaraderie with the veterans and supporters and it radiated from the group.” – LtCol (ret) Justin Constantine, USMC

Following a very lively auction hosted once again by Nick Dawes of Heritage Auction House (and Antiques Roadshow fame) – the patriotism support, and enthusiasm of the crowd was evident.  The evening raised over $310,000 for Project Healing Waters Fly Fishing and the disabled veterans and active-duty military service personal its programs serve nationwide.  Thanks to the incredible contributions of our sponsors, this will directly aid in bringing our unique form of therapy to more injured and disabled veterans and active military than ever before.

We are committed to bringing our unique form of therapy to help heal all those who could benefit from it.  The next ‘Healing on the Fly’ Dinner will be presented by Ropes & Gray on October 24, 2017 at The Exchange in downtown Boston.  To learn more about this upcoming event, please click here

Thanks to the several generous auction donors: 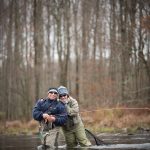 Comcast Newsmakers: Healing Those Who Serve (VIDEO)Announcements, In The News, Regional, Virginia 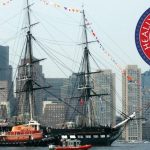 Join us for the inaugural Healing on the Fly – BostonAnnouncements, In The News, New England, Regional